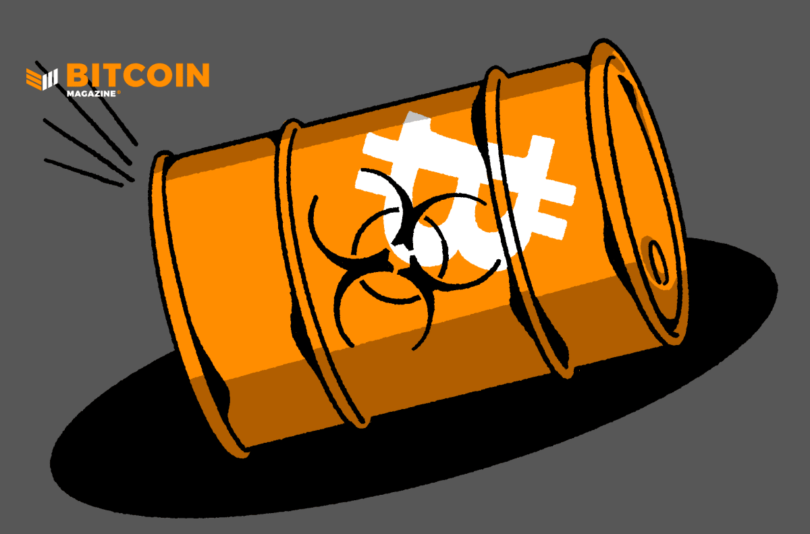 The below is a direct excerpt of Marty’s Bent Issue #1282: “The personification of dirty grift.” Sign up for the newsletter here.

Every once in a while, the world is reminded of how easy it is for some people to get completely duped by a con man. The last week has been one such reminder. Unless you’ve been living under a rock, you are probably aware of the epic blow up of FTX and the abject fraud that led to it. We won’t bore you with a rehash of the token mechanics of FTT or dive into the deplorable nature of FTX and Alameda overtly stealing user deposits and setting them on fire with bad investments and trades. Your Crazy Uncle Marty won’t even dive into the fallacious theories surrounding Sam Bankman-Fried’s (aka “SBF”) financial support of the Democratic party and buddy-buddy relationship with the regulators who should have probably been investigating him. What I’d like to focus on is how the hell so many supposedly intelligent people got duped by such an obvious con man.

The story of FTX has always been a bit perplexing to me. They seemingly came out of nowhere in 2018/2019 and quickly rose to “prominence” as one of the most respected exchanges in the world. SBF was vaunted as a lovable autistic wunderkind who somehow, at the ripe old age of 25, figured out a way to take advantage of a price arbitrage opportunity that existed between Western and Asian bitcoin exchange rates that many institutional investors could not. Pictures of Bankman-Fried pretending to sleep on a bean bag chair settled below his desk which included ten oversized monitors created a perception of legitimacy that gave every trading degen and crypto VC a hard-on. They were all on his side, as was most of the financial media. At one point, the annoying uncle, Jim Cramer, claimed that he believed he was talking to the world’s first trillionaire during an interview with SBF. Everyone seemed to be caught — hook, line and sinker by this lovable autist.

This seemed really odd to me because if you actually listened to him speak, it was obvious that he was a bumbling idiot who didn’t really grasp the industry he was supposed to be a domain expert in. Nothing made this clearer than an interview Bankman-Fried did on CNBC in July 2021, where he attempted to explain proof-of-work to Joe Kernen. His cluelessness was made clear when he cited the completely asinine “electricity per transaction” metric that has been thoroughly debunked.

In the spring of this year, Bankman-Fried hosted a conference in the Bahamas that included keynote speakers Bill Clinton and Tony Blair. An extremely odd duo to be headlining an event that was supposed to be about a technology that defangs the state. At the time, I had this to say about the conference:

At this point it became clear to me that something about FTX and its anemic frontman, Bankman-Fried stunk to high heavens. And then this summer, in the aftermath of the Terra/LUNA, 3 Arrows Capital and Celsius blowups, SBF went on a buying and bailout spree for distressed companies that tallied well over $2 billion only six months after raising $400 million in equity, which prompted this question:

This buying spree became even more perplexing when thinking of all the marketing money FTX had spent: naming multiple arenas, buying Super Bowl ads, getting a celebrity endorsement from Tom Brady and getting their logo on every umpire’s jersey in the MLB.

We found out last week that SBF and FTX did not, in fact, have anywhere near $2 billion. It has become clear that they were in the process of destroying between $10 billion and $50 billion of value that included investor capital and client deposits. I had a hunch this man wasn’t running a legitimate business, but even I couldn’t imagine the carnage it would create throughout “the industry.”

This begs the question, if I, a lowly newsletter peddler, had good-enough instincts to snuff this out, how in the world did some of the “most respected” and seasoned cryptocurrency traders and venture capitalist funds who had been given the responsibility of managing other people’s money fall for this con man? How did Sequoia put its stamp of approval on this company? How did the Ontario teachers’ pension fund manager okay the writing of a $95 million check to this company? How did many venture funds in the space feel comfortable parking material amounts of their AUM on this exchange? How did none of these people ask rudimentary due diligence questions like: How do you monetize? Can you show me the receipts of the arbitrage trade that made you rich? Where is all of this money coming from?

How did no one outside of some Bitcoin Maximalists and some Wall Street short sellers identify this as being a massive scam?

I don’t know if we’ll ever know all the answers to these questions but one thing is for sure: complacency and laziness rules the day. So many in “crypto” think they are geniuses who have discovered a new paradigm that can make them insanely rich, but the reality of the situation is they have discovered a way to recreate the corruption that exists in the incumbent financial system for much cheaper and in a very short amount of time. Shitcoins are nothing more than corrupt seigniorage that has been ported to the digital realm. And as we’ve seen in the incumbent financial world, seigniorage is very profitable for a select few insiders while it lasts. The shitcoiners and the venture funds who enable them have made the conscious decision to become the benefactors of this new form of seigniorage at the expense of retail investors. Luckily for us, they have destroyed their own reputations and collective net worth in the process.

Everyone should use the blowup of FTX to take note of the swindlers caught up and how they’re reacting. Many of them are claiming to be shocked that something like this could happen, but anyone with a partially functioning bullshit meter could have seen this coming from a mile away. The signs of malfeasance were all there. One just had to open their eyes.

If they did, they would notice that Sam Bankman-Fried was quite literally the personification of dirty grift and he has smeared his shit all over the “crypto industry.”

Here’s to hoping this blowup leads to a clear distinction of bitcoin and “crypto” moving forward. Bitcoin is the signal. It is the only sufficiently distributed peer-to-peer cash system that has any chance of freeing humanity from the yoke of the state. Bitcoiners are building products and tools with actual utility that makes people’s lives better off. “Crypto” is nothing more than an affinity scam trying to leverage Bitcoin’s brand to swindle away people’s hard earned money under the guise of “innovation.” The sooner this is made abundantly clear, the better.