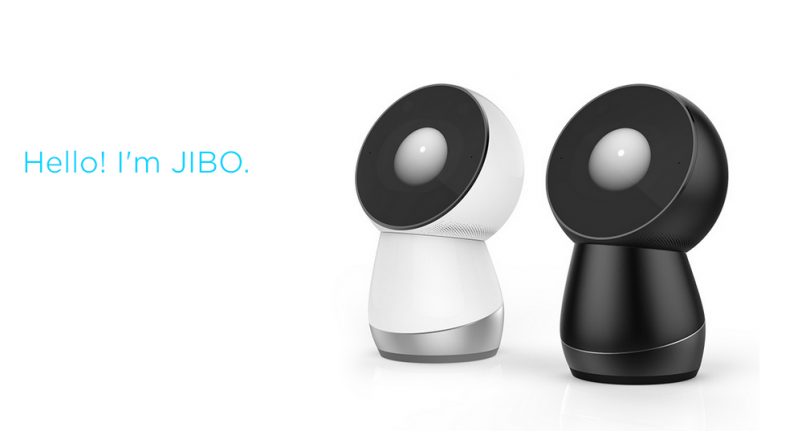 JIBO – is a new family robot, a robot you definitely would like to take home.  Its an hands-free small robot, who can move around your house, talk to you, narrate stories, tell recipes, take calls, emails, make orders and even can click photos for you.

JIBO measures about 11 inches tall and weighs approximately 6 pounds. Made up of alluminium, plastic and glass. It comes with a small arm-based computer build inside it along with 2 color cameras, full body touch sensors, HD LCD screen, speakers. It runs on Linux based operating system. For connectivity, it has bluetooth and Wifi. It also has a Android and iOS apps to connect it with your smartphones. JIBO has AI algorithms, which help it to see, hear, speak, learn and relate itself to real world and adapt to fit in your life. It communicates using audio and displaying emotions on its small screen.

Currently, the manufacturing company has put an hold on its orders, and is working on getting the first shipment of JIBOs to the early adopters who supported their crowdfunding campaign. It is expected to launch its first home edition release by December 2015.

You can learn more about JIBO from their official website. //www.myjibo.com/ and even subscribe for notification for update on sales or next pre-order.