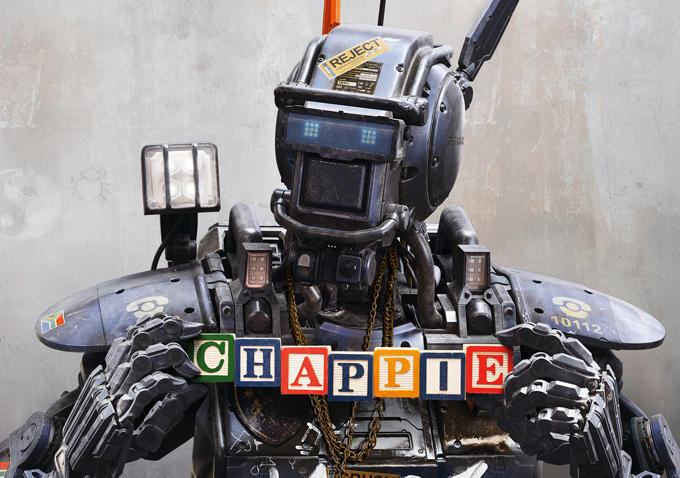 Neil Blomkamp is back and this time it is with another installment in the same
environment, background ,economical slum,country and overall same old question, can mandkind be trusted? Last time it was with aliens in the movie DISTRICT 9, where humans turn on other human. This time A.I is on hot list.It is movies like Chappie, A.I.,Ex-Machina etc that make movies based on aritificial intelligence a greate topic.
Story is in future when the police robot is reprogrammed with perfect A.I (later named chappie) developed by the lead , whose brain is as innocent as a small kid gets his share of this rough world.

With lots and twists and turns Chappie lands to the bad side and is taught bad things by misleading him about his death(non-replacable power source) and then and what he does to survive, will he turn bad or will he be on the side of good??I wont spoil the whole movie for you but it is certainly different from the rest must watch movie for the same reason.It makes us think about our greatest fear…US.(its us and not U.S. :P).It shows you the true nature of the society and apart from all those serious stuff it makes you think what the f*** is hugh jackman doing there????(No, seriously).