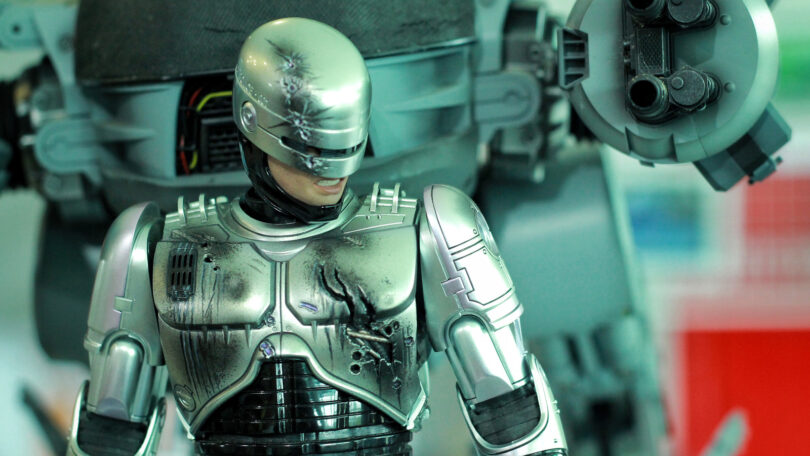 In scenes that may remind you of science fiction classics like Terminator, Robocop, and Bladerunner, San Francisco Police have asked for permission to deploy police robots should they feel the situation warrants it. It’s not the first time an American police department has leaned towards policies that make people feel like they’re living in a dystopian TV series. Up until last year, the New York Police Department had a contract with Boston Dynamics, a company that makes a robot dog eerily similar to the one that starred in the “Black Mirror” episode “Metalhead.” The NYPD eventually dropped the robot after a horrified outcry from members of the public, concerns it could lead to racial discrimination, and a hefty dose of political pressure.

Boston Dynamics is one of several robot-building companies that has sworn it will not weaponize its creations. As things stand, instead of chasing a person across a bleak, black and white nightmare — Boston’s dog bot is helping companies like DHL sort and deliver packages. But while some higher profile companies have pledged to avoid building kill bots, not everyone has ruled it out, and some police departments are itching to use them.

Police would require special training before operating the killer bots

As dystopian as it sounds, the bots being proposed aren’t exact replicas of the T-800. According to the proposal, “Robots will only be used as a deadly force option when risk of loss of life to members of the public or officers is imminent and outweighs any other force option available to SFPD.” The robots will also be remote controlled, and only authorized officers will be allowed to operate the bots, and special training sessions will be required.

If the proposal passes, the department may not have to go bot shopping. They already have 17, which they acquired before January this year, though five are not currently functioning. The robots aren’t all designed to kill either. Some are built for bomb disposal, others are designed to investigate “dangerous and hazardous material while keeping its operator out of harm’s way,” and there is one that basically looks like a reconnaissance drone. Legislators are due to vote on the proposal on Nov. 29, but there is strong indication it won’t pass. The city’s neighbor, Oakland, recently rejected a similar proposal put forward by its own police department. Even if it does pass, the fact that it still requires a human to control it and make all of its decisions is a silver lining. At least nobody is trying to use the killer AI powered robots Elon Musk has been warning us about for years. Not yet anyway.