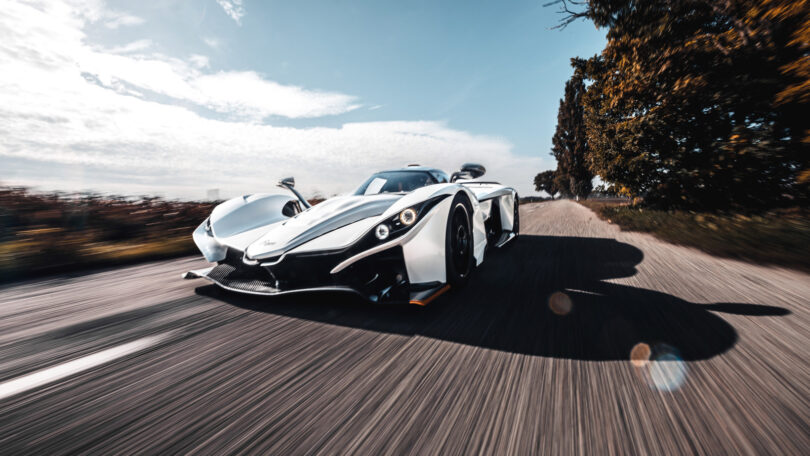 Czech automaker Praga, renowned master manufacturers of racers and track-day toys, has just announced a new road-legal hypercar. Ringing in at $1.3 million, Praga expects its Bohema to challenge the top end of established marques like Porsche alongside bespoke hypercar specialists like Pagani and McLaren.

Praga has a unique history. Cars were originally an aside for the venerable Czech firm, which built road vehicles and passenger trucks alongside bridge equipment and heavy industrial machinery from its founding in 1907 to the end of World War II. Post-war, the new Communist Czechoslovakian government assigned Praga to trucks and industrial vehicles, and the company lost its car business to Skoda (via Praga).

After the 1989 and the Velvet Revolution returned the Czech Republic to the global capitalist marketplace, Praga has steadily reentered a number of racing markets. First came motocross bikes and elite rally cars in the 1990s and early 2000s, followed by racing karts in 2009 and full-fledged racecars in 2012.

With all that, the one thing Praga has yet to do is build a road-legal car. Barring 2016’s R1R, the final Praga road car, a Praga Lady, rolled off the line in 1947 (per Praga Global). The new Bohema is therefore more than a car. It’s a declaration. If the Bohema delivers, there will be a new name in the rarified community of the world’s fastest, prettiest, most expensive road-legal cars.

The Bohema’s claim as Praga’s “first road car” since 1947 does come with an asterisk. Praga built the R1R back in 2016. The R1R was a barely softened version of the successful R1 racer that would generously be called road-legal. Absurdly light and overpowered — 1,500 pounds and 390 horsepower! — the R1R was by all reports, particularly Evo’s, virtually impossible to manage on the road.

Not so with the Bohema, at least according to Praga. The Bohema still weighs in under a ton and its Litchfield-tuned V6, customized from the plant that powers the mighty GT-R, will lay down at least 700 bhp. It boasts a comfortable leather interior with plenty of room for two, plus luggage space, climate control and roadworthy rear visibility.

Praga plans to build just 89 Bohemas as a tribute to the Praga Alfa, who completed the legendary 1,000 Miles of Czechoslovakia in 1933, 89 years ago. The Bohema’s eyewatering combination of performance, rarity and pedigree put it in the same bracket as Pagani, Koenigsegg, and similar tastemakers. As for whether the Bohema can live up to that kind of competition, judgment will have to wait until we get our hands on one ourselves.