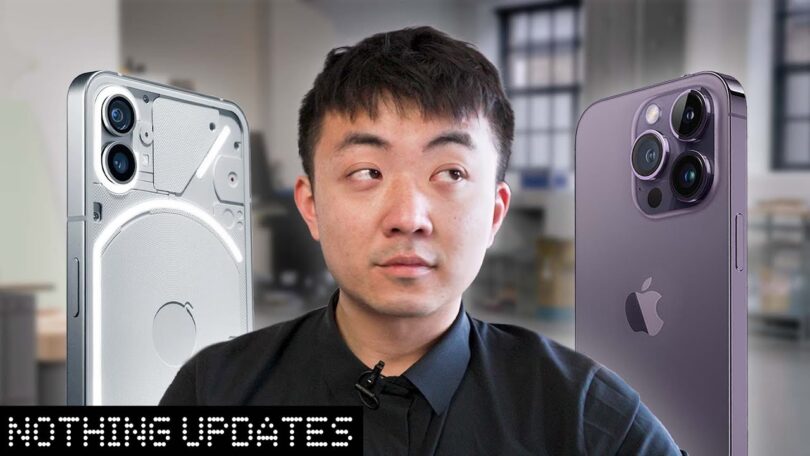 It’s common for a smartphone brand to unbox and talk about their phones on YouTube, but to have its own CEO reviewing a competing smartphone is just a refresher, as Nothing has published a video with CEO Carl Pei reviewing the iPhone 14 Pro, and spoiler alert, he is actually pretty good and didn’t try to hard sell the Nothing Phone (1) over it.

Carl used the iPhone 14 Pro as a secondary device, he commended the Dynamic Island but laments that it might have been a bit overhyped as it doesn’t really change the way you interact with a phone, while he is certainly annoyed that many have said that the Nothing Phone (1) looks a lot like the iPhone, he ultimately concedes to that argument but still mentions that the Phone (1) has a different speaker grille and a really different (unique looking) back. Carl further explains the BOM (bill of materials) cost of the iPhone 14 Pro versus the Nothing Phone (1), where the latter costs much lesser to build and no profit margin due to it being given to carriers and retailers, which he is fine with it as a startup company and treats it as a show ticket to enter the smartphone industry.

When it comes to the camera department, Carl commends the iPhone 14 Pro for having one of the best camera systems out of any smartphone cameras today, he makes a valid explanation that not many really cares about the number of megapixels you are getting on a phone camera, as they would want to feel confident that it is going to be a good photo when they tap on the shutter button.

Despite being a mere comparison and review video, this is probably one of the best videos that we have seen from a smartphone brand that doesn’t try to shame its competition, and I definitely want to see more of this from Nothing.

And yes, they returned the phone to the Apple Store at the end of the video, the Apple Store Employee with a masked voice has unsurprisingly said that he would wait for another 2-3 years to upgrade to a new iPhone.

The Nothing Phone (1) can be purchased at Good Deals by KLGG here.