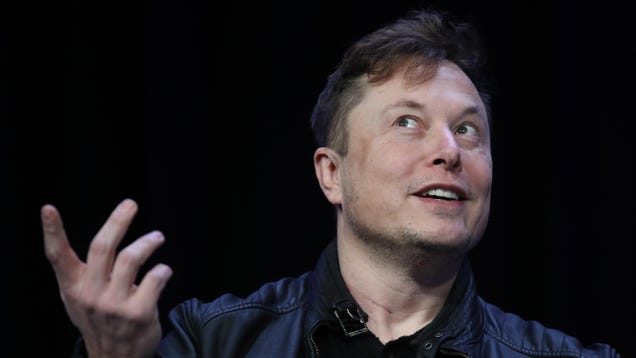 Elon Musk’s tweets to his more than 126 million followers have been credited for boosting popularity in everything from AAA video games to meme cryptocurrencies coins, but somehow, according to the CEO, that same Twitter bump doesn’t count when Tesla’s concerned.

During his testimony Friday as part of a Tesla shareholder lawsuit, Musk said he thought it was “absurd” to suggest the content of his tweets could impact Tesla’s stock price. To defend his point, Musk, the debater in chief, pointed to an example where Tesla’s stock price apparently rose after he wrote a tweet saying he believed the stock was too high. Though normal observers may read that as an admission his tweets can impact stock prices, Musk said that connection could only be drawn if the stock price went down after he claimed it was too high.

“Just because I tweet something does not mean people will believe it or act accordingly,” Musk said. The CEO went on to say he did not see any “causal link” between his tweets and Tesla’s stock price.

The question of whether or not Musk’s tweets can lead to real world changes in behavior digs at the core of the current trial, which is centered around Musk’s fateful 2018 “funding secured” tweet where he claimed he had successfully lined up funding necessary to take Tesla private at $420 per share. Tesla shareholders, who sued Musk, say those statements about taking the company private led to a brief rise in Tesla’s stock, followed by a precipitous crash once it was clear Musk had not acquired the funding necessary for the deal. Burned investors claim they wound up losing millions, and now Musk may have to pay out billions in damages if the jury sides against him in this trial.

Musk was forced to revisit one of his least glamorous moments on Friday. During his cross examination, an attorney representing the Tesla investors asked Musk if he agreed that his 2018 tweets about a British cave diver, whom the CEO referred to as a “pedo guy” had an impact on Tesla stock.

Reserve the next gen Samsung device
All you need to do is sign up with your email and boom: credit for your preorder on a new Samsung device.

After asking the question once more, Musk refuted the point and said, once again, that he disagreed his tweets impact Tesla’s stock price. Media reports from the time, however, show Tesla stock fell 3.5% in the immediate aftermath of his pedophile allegations.

“Tesla stock price goes up and down all the time,” Musk said. “I don’t think some tweet about someone totally unrelated to Tesla will have an impact on the stock price. That’s absurd.”