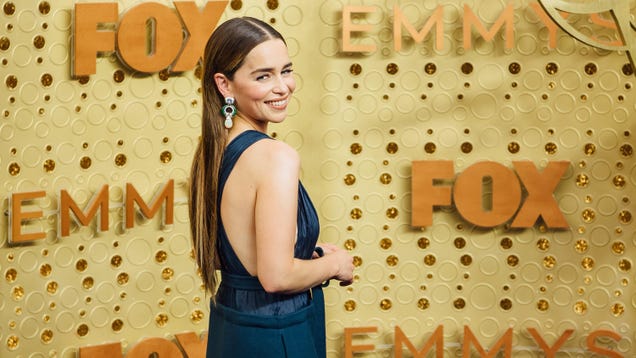 HBO’s Game of Thrones set many of its stars on the path to fame, including Emilia Clarke. Over eight seasons she played Daenerys Targaryen, becoming one of the show’s most memorable and controversial characters. Now that HBO has a prequel series focusing on Dany’s family, you’d think Clarke would be eagerly tuning in, right? Well… not exactly.

Speaking to Variety, she admitted while she’s thrilled for House of the Dragon’s runaway success—raking in viewers and, with its recent Golden Globe win for best TV drama, following in Thrones’ awards-collecting footsteps—she has yet to watch her character’s frequently vicious, extremely blonde predecessors in action. “Can you [forgive me]?” Clarke said. “It’s too weird. I’m so happy it’s happening. I’m over the moon about all the awards… I just can’t do it. It’s so weird. It’s so strange. It’s kind of like someone saying, ‘You want to go to this school reunion that’s not your year? Want to go to that school reunion?’ That’s how it feels. I’m avoiding it.”

Clarke is currently promoting her sci-fi movie The Pod Generation at the 2023 Sundance Film Festival; she’ll remain firmly in the nerd realm for her next TV project, too: Marvel’s Secret Invasion series, coming later this year to Disney+.

Want more io9 news? Check out when to expect the latest Marvel, Star Wars, and Star Trek releases, what’s next for the DC Universe on film and TV, and everything you need to know about the future of Doctor Who.

Reserve the next gen Samsung device
All you need to do is sign up with your email and boom: credit for your preorder on a new Samsung device.