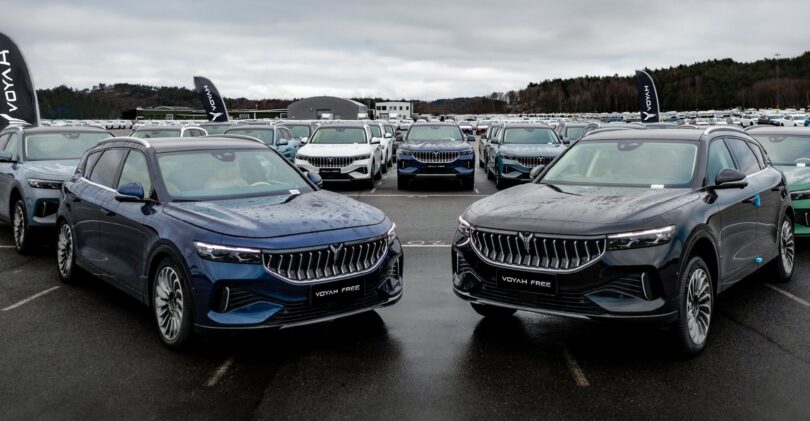 On the evening of November 17, Voyah, a high-end new energy vehicle brand under Chinese state-owned automobile manufacturer Dongfeng Motor, announced its completion of round-A financing. The carmaker raised nearly 5 billion yuan ($702.3 million) in this round, and its post-financing market valuation was nearly 30 billion yuan.

There were 10 investors in this round, with the joint leading investors being the China State-owned Enterprise Mixed-Ownership Reform Fund and BOC Management, three state-owned capital institutions including ICBC Investment, three Chinese local state-owned entities including Wuhan Economic Development Investment, as well as Ganfeng Lithium and Sunwoda. Dongfeng Motor followed up with additional funds. After this round of investment, Dongfeng Motor held a 78.88% share ratio, A-round investors held 12.37%, and Voyah’s employee stock ownership platform held 8.75%.

This round of funds will be used to support Voyah’s R&D, marketing investment, digital system construction, production capacity and other fields related to its main business operations and expansion. The company will start subsequent rounds of financing according to specific conditions. Shen Jun, CFO of Voyah, disclosed that “the company will take market and regulatory policies and subsequent IPO plans into consideration.”

Since the brand was released in 2020, Voyah has launched two high-end new energy vehicle products, namely smart electric SUV Voyah FREE and electric MPV Voyah Dreamer, mainly aimed at the new energy vehicle market with a price of more than 300,000 yuan. The third car, a sedan, is expected to debut in December this year.

On November 1, Voyah announced delivery data for October. During the month, it delivered 2,553 new cars, up 154% year-on-year. Since June this year, it has maintained a month-on-month growth for five consecutive months, with the average price of a car exceeding 382,000 yuan. Among them, FREE delivered 1,225 units and Dreamer delivered 1,328 units. Since August 2021, the brand has delivered a total of 22,963 vehicles.