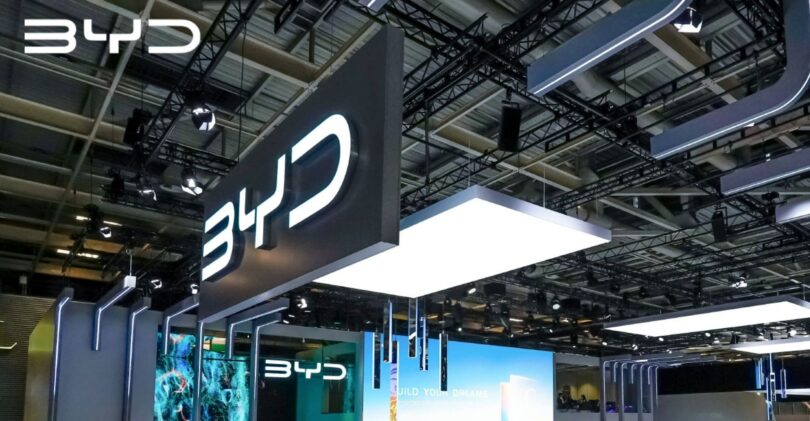 A fire broke out on November 18 at a BYD factory in the Chinese city of Huizhou, Guangdong Province. No casualties were reported and no inflammable or explosive materials were found in the building, which has a steel frame structure. The cause of the fire is currently under investigation.

The fire quickly became a trending topic on domestic social media. Judging from an online video, the whole factory was shrouded in smoke, with flashes of fire visible inside. There were fire engines parked beside the factory, and many firefighters were trying their best to extinguish the fire.

The Huizhou factory is located in the western comprehensive industrial park of Daya Bay District, with a total area of about 1.7 million square meters and about 45,000 employees. It is one of the nine production bases of BYD in China and the largest one in the industrial park. The business scope covers IT manufacturing, auto parts and new energy vehicles. The third phase of the factory has been completed and put into operation.

The first phase of the project started construction in June 2006, mainly a precision metal products factory. The second phase of the project started construction in September 2008, mainly including auto parts and LED. The third phase, which is where the fire occurred, mainly produces electronic components, including mobile phone cases and computer accessories. Therefore, the cause of the fire may have nothing to do with batteries.

According to Tianyancha, a business information platform, BYD manages three companies in Huizhou, all of which are located in Daya Bay District.

BYD has been discussed extensively by Chinese consumers recently. Many car owners reported in October that the air conditioners in the firm’s Dolphin model sprayed a white powder. BYD responded last week that after testing by two third-party authorities, this phenomenon was caused by abnormal evaporators of individual air conditioners of Dolphin models. The main component of the powder is aluminum hydroxide which is commonly used in stomach medicine and harmless to humans.