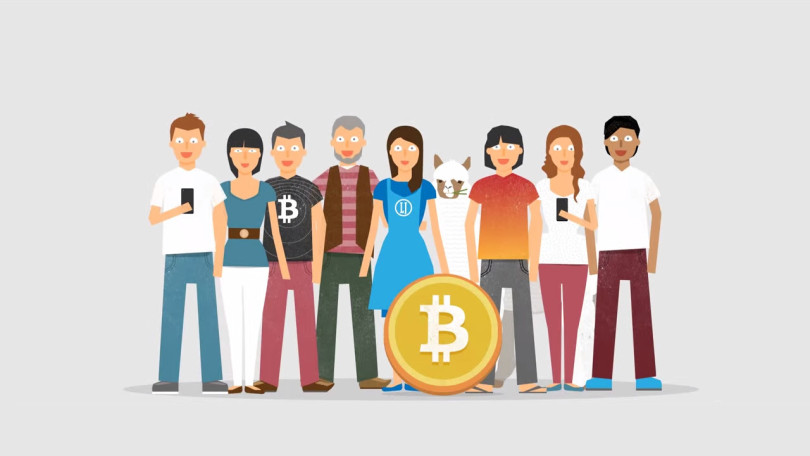 Debuted in 2009, Bitcoin has gained a huge popularity worldwide. Bitcoin was the first decentralized Cryptocurrency to be made available for Digital transactions and it is an Open Source payment system which doesn’t report to any authority.

When started the value of first bitcoin transactions were negotiated by people on the bitcoin-talk forums with one notable transaction of 10,000 BTC used to indirectly buy two pizzas delivered by Papa John'[Source]. Now as the prices have touched $7200 (November 2017) people are getting involved in purchasing Bitcoins and keeping it as an investment as the prices are skyrocketing.

To buy Bitcoins, you need to go through a trading company which helps you in buying it for you just like a Digital wallet. Below are the top trading companies which offer services related to Bitcoins.

To deal with Bitcoins, a these clients need you to register an account on their App/Website and then using the inbuilt Wallet you can buy/sell Bitcoins. As the laws in India requires you to give KYC details, this will be the default process for all the companies.

Started in 2012, Zebpay is quite popular among Indian users. The company has their mobile apps available for Android as well as iOS. Zebpay is a product of Zeb IT services Pvt. Ltd. company based out of Ahmedabad, Gujarat. They have a very easy and friendly UI for their App. All you need to do is create an account using their App. Verify your Bank Account, PAN card details and you are done. To buy or invest in Bitcoins, Deposit some money from your Bank Account into their Wallet and then using that wallet balance Buy your Bitcoin when you want to. To Withdraw the same process in reverse; i.e. sell your Bitcoins, get the money in wallet and then transfer it back to your Bank account. Though adding/withdrawing money costs you a commission for every transaction you make. Zebpay offers Monday to Sunday support from 08:00 am to 08:00pm via Telephone and ticketing system available through their website.
Available: Android, iOS

As per their website, they call themselves India’s most popular Bitcoin company. Unicoin is a Bangalore based Startup. It started in 2013 and has quite good investments as part of funding and is constantly moving forwards. Companies like BookMyShow have already integrated payment modes like Bitcoin.
Available: Android, iOS, Web

Started in 2012 but later acquired in 2014 by Delhi-based industrialist Mohit Kalra, CoinSecure is a Delhi based startup. The company claims to be India’s Fastest 24/7 Realtime Bitcoin Trading Platform.
Available: Android, iOS, Web

Bitxoxo promises to be the India’s fastest Bitcoin exchange platform with features like 24×7 support, trading, IMPS Withdrawals, lowest processing time and more. Founded in August 2016, Bitxoxo is a Telangana based Startup. Bitxoxo is well-connected with all leading banks in India making money transfers easy and faster. Bitxoxo is planning to add support for Bitcoin cash, Ethereum, ripple as well.
Available: Android, iOS, Web