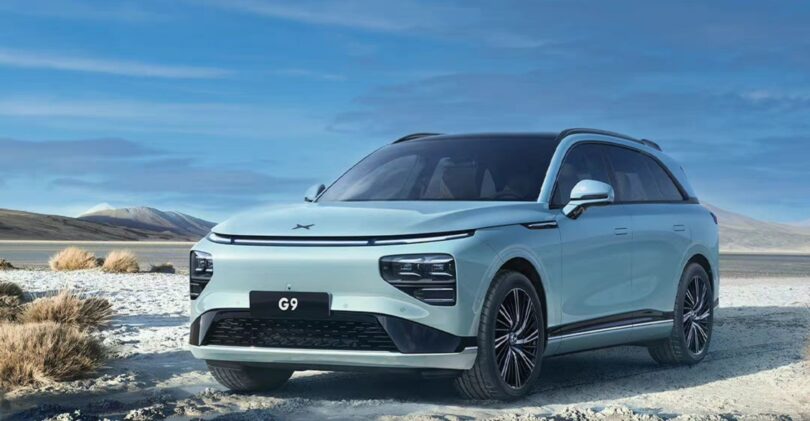 XPeng‘s G9 model, which the Chinese electric vehicle maker had high hopes for, delivered only 184 units in the first month of its availability. The company sold less than 10,000 units in both October and November, falling behind its rivals. Behind these challenges are reportedly organizational deformities. The following is taken from a report from Chinese media outlet Leiphone on December 1.

On November 30, co-founder Henry Xia resigned as executive director. For a long time, the relationship between Henry Xia and chairman He Xiaopeng has been delicate since Xia was often the first to go against He on the company’s important decisions, resulting in difficulty in decision-making. Xia’s departure from the board of directors may be the first step to repairing the organization.

Indeed, a shake-up two months ago signaled that Xia’s power was beginning to wane. In order to enhance communication among the company’s business lines, XPeng has set up five new virtual committees, but Xia was not responsible for any of them.

The year 2021 was challenging for XPeng‘s supply chain. Battery maker CATL said it would not supply batteries for XPeng for the next 5 years. Since CATL’s 811 battery that was installed in GAC Aion’s cars caused incidents involving spontaneous combustion, XPeng worried about battery safety and began to put forward various requirements to CATL. However, CATL ignored XPeng‘s demand for customized batteries in order to secure a supply of Tesla’s lithium iron phosphate batteries. After the rift with CATL, XPeng immediately reached out to other suppliers, including EVE Energy, Sunwoda, and CALB.

XPeng also switched three lidar suppliers within a year. At the beginning, He Xiaopeng chose DJI’s Livox. But Livox has not completed the required modifications which has meant that the mass production plan for the XPeng P5 has been repeatedly delayed. New supplier RoboSense won the lidar order for the G9 model. But XPeng soon led an investment into Zvision Technologies, a gap filler radar maker.

Many people close to XPeng said to Leiphone that XPeng is aggressive and has messy management, compared with NIO‘s low efficiency and Li Auto‘s conservatism. He Xiaopeng requires each new vehicle to have over 20% to as much as 50% innovation, resulting in a heavy work load placed on product development and design teams.

In its prospectus, XPeng emphasizes a “multi-platform” strategy. Previously, XPeng had two product lines: a middle and low-end line based on its David platform to research the G3, G3i and P5; and a mid-to-high-end one based on the company’s Edward platform to serve the P7 and G9.

The cost of the David platform is much higher than that of the Edward platform and even compared to the new platform that XPeng has been cultivating for more than a year. Some senior managers proposed putting an end to the David platform, to which He Xiaopeng agreed. But Henry Xia did not.

XPeng‘s sales system has the greatest number of disputes and the most chaotic management. Initially, there were three persons in charge of the sales system, including Xiong Qingyun, Liao Qinghong and He Tao.

Xiong joined XPeng as chief marketing officer, responsible for marketing and branding. But after less than a year, because of the establishment of a number of teams with duplicate functions, she was transferred to manage the daily management of the sales business. CHO Liao Qinghong was in charge of the sales system, and co-founder He Tao was appointed as the head of direct sales channels.

One year after Liao became the manager, XPeng started to open experience centers in shopping malls and planned to open 120 authorized stores in the country within a year. He Tao planned to launch 70 offline stores in 30 cities to compete with Liao.

XPeng has not been able to form a unified brand system due to insufficient attention from senior managers. Until G9’s failure, He Xiaopeng felt that the brand image was in high crisis. Many employees speculated that this is likely to be the biggest reason why He Xiaopeng suddenly gave more priority to the public relations platform in October this year.

He Xiaopeng has spent much energy on flying cars, robot horses, chipsets, global expansion and other ventures that many insiders consider to be unrealistic. On the eve of the Q3 earnings report in 2021, He Xiaopeng began to make phone calls to senior executives, asking them to cut back on savings.

Against a backdrop of near-stagnation in several businesses and layoffs across several divisions, only the self-driving and chip teams seemed to be safe. By the end of last year, XPeng had more than 1,500 autonomous driving team members. But at this stage, investing in autonomous driving didn’t generate significant revenue.

The most realistic problems facing XPeng are reshaping the core team, organizing the positioning of the brand and product, and taking into account the supply chain and ecological partners to boost its sales and stock price.