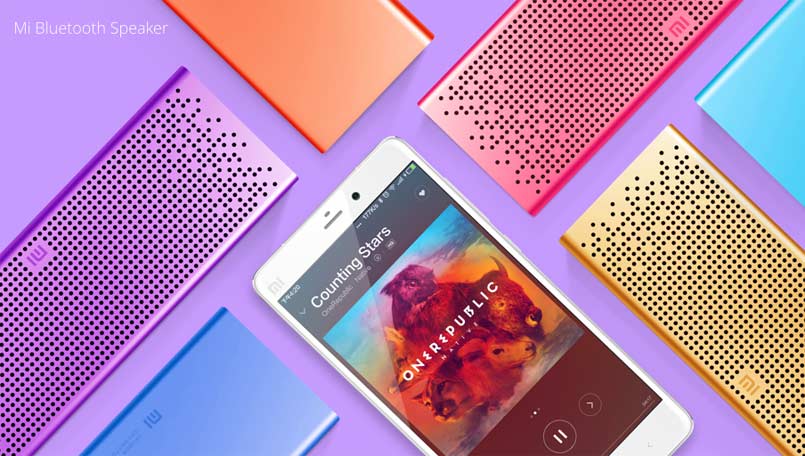 Xiaomi announced the new Mi Bluetooth Speaker launch on 22nd March 2016 (tomorrow), priced at Rs 1,999. Xiaomi teased the launch of the Mi Bluetooth speaker on its Twitter handle with a caption that reads, “Thinking of enhancing the Hi-fi on your Redmi Note 3? #MiBluetoothSpeaker will be available 22nd March!”. It will be available in gold, blue and pink colour options.

Thinking of enhancing the Hi-fi on your Redmi Note 3? #MiBluetoothSpeaker will be available 22nd March! https://t.co/iE1qxVBdjn

The Mi Bluetooth boasts an aluminium body and its design resembles a pencil box. One of the talking points of the speaker is its built-in mic that lets you make and receive calls. The speaker includes a microSD card slot and the built-in microphone offers hands-free support during calls. The Mi Bluetooth Speaker is powered by a 1500mAh battery that is claimed to offer up to 8 hours of music playback.

Also, the company, to mark the festival of Holi, has announced a couple of offers on its other products. The 10400 mAh Mi Power Bank will be available with colourful hard sleeves at Rs 1099.

The Mi Band (white LED) and Mi in-ear Headphones will be on an open sale. The company says that it will also announce “exciting discounts” on Redmi Note 3 phone cases.