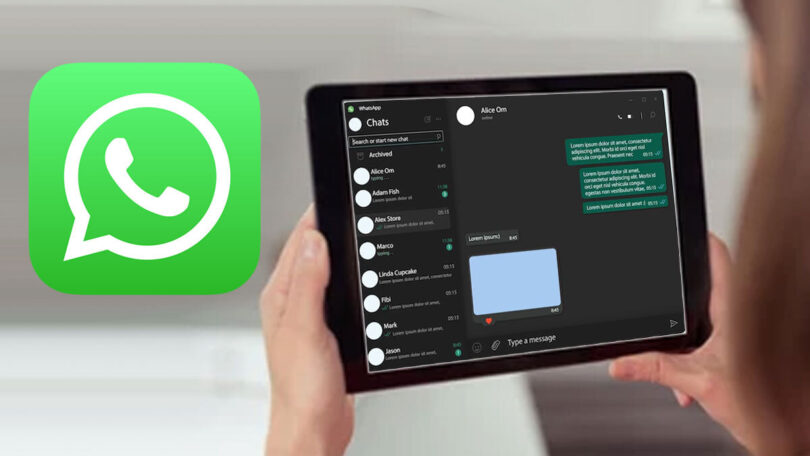 WhatsApp is testing yet another feature for devices with screens larger than a smartphone. The instant messaging platform could soon offer an app that’s optimized for tablets. Additionally, WhatsApp is also testing the “Search by date” feature, which could help in locating information within chat histories using timestamps. Let’s take a look at the new features being tested.

WhatsApp App For Android To Have “Tablet Mode”

Some of the WhatsApp users who have signed up for the platform’s beta program are seeing an in-app banner announcing the feature. The banner on top of chats reads
“Have an Android tablet? WhatsApp for tablet is available for beta testers.”

WhatsApp has started seeding the banner in WhatsApp beta version 2.22.25.8. This update is meant for the Android OS. As the name of the feature clearly indicates, WhatsApp is now trying to ensure its app looks and works well on tablets as well as smartphones.

The Tablet Mode, however, is still quite experimental. The new tablet version of the app installs correctly. But the ability to share a new status update, live locations, and broadcast lists is still missing. WhatsApp could be trying to fix some issues with these features which appear especially when used on a tablet.

WhatsApp Is Testing The’ Search By Date’ Feature

In addition to the Tablet Mode, WhatsApp is working on the ability to search for messages by date. Strangely, the platform had hinted about the feature over two years ago, but it appears the platform has resumed development recently.

The Search by Date feature is now available in the latest WhatsApp beta for iOS. It is present on the TestFlight app and can be used in personal chats and groups.

WhatsApp is releasing the ability to search for messages by date to some lucky beta testers!https://t.co/NVbOyjDS81

As the name of the feature suggests, users can search for specific chats within WhatsApp based on date. Users can jump to a particular date to see which messages have been exchanged inside a chat window. The feature also allows users to jump to the first message in a chat. The feature will only appear as a calendar icon while searching for a WhatsApp message.