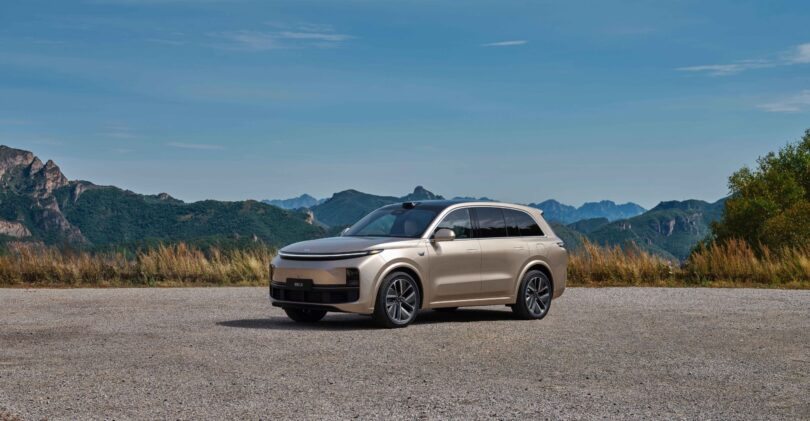 A Li Auto car owner in Shanghai claimed recently that when he was driving at night, the central control screen suddenly showed that a person was following directly behind the vehicle, but upon checking, he found that there was nothing. On January 16, posts about the incident appeared on the trending topics list of Chinese microblogging platform Weibo.

According to a video circulating on Weibo, on the car’s central control screen, a simulated image of a car driving on the road can be seen. The picture also showed someone running after the car.

The driver stated that he had just picked up the vehicle one month ago, and that this situation had not been encountered before. “At that time, the speed of the car reached more than 60 kilometers per hour, and people cannot run so fast. This is related to driving safety. It’s not a trivial matter.” Regarding the matter, one netizen said, “If I drive alone at night, I will be very scared,” and, “A small bug may not be affordable in normal driving,” and finally, “The bigger and bigger car screen affects safety too much.”

Li Auto immediately issued a statement saying, “This is not paranormal activity, but a bug of the L8 Pro (AD Pro platform 4.2 version)’s visual perception algorithm. The rear-view camera is arranged on the rear windshield, so when there are water droplets in the camera, if it is illuminated by the lights or street lamps of the rear vehicles, a halo will be formed on the image screen. This problem only affects the perceptual environment display, and will not affect function control. The L9 Max and L8 Max equipped with the AD Max platform do not have this bug.”

In view of follow-up solutions, Li Auto said, “At present, our algorithm research and development team has added negative sample labeling data of halo image to this kind of scene, and the algorithm is being verified internally. It is expected that the algorithm will be updated in the next OTA. Car owners can now turn on the rear wiper on rainy days, which will greatly reduce the probability of the occurrence of this incident after eliminating the interference of water droplets.”

Tesla had similar problems, such as its cars sensing pedestrians in deserted cemeteries. In response, Tesla said that “the sensing error is caused by many factors, even dust.” A similar incident occurred in Xiamen, Fujian Province before. A Tesla vehicle had no cars on either side, and the sensor showed that there was a bus on the right side.