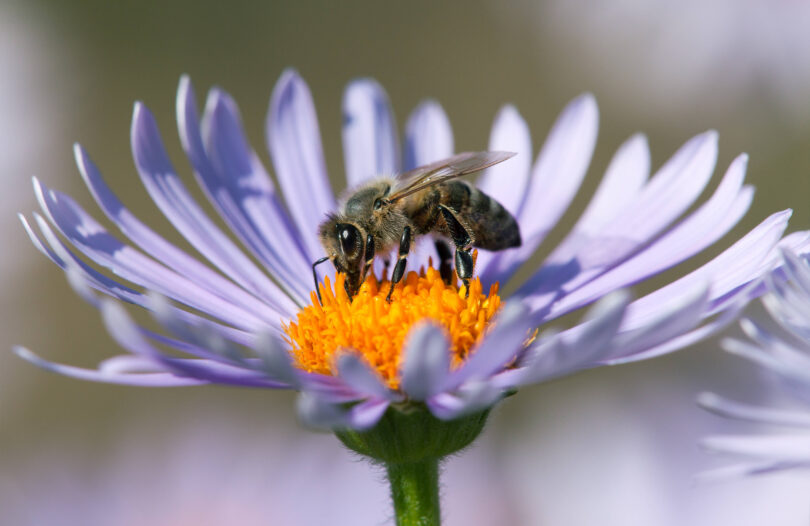 Honeybees are fascinating. They make Winnie the Pooh’s meal of choice, they perform about 80 percent of pollination worldwide, and one-third of the global food supply relies on them.

They are also disappearing due to habitat loss, pesticides, climate change, and disease. Since honeybees play such a crucial role in agriculture and natural ecosystems, standing by and doing nothing isn’t really an option.

Dalan Animal Health – a biotech company based in Athens, Georgia, focusing on insects – hopes to help ease at least one of those threats with a vaccine against American foulbrood which was granted a conditional license by the US Department of Agriculture (USDA) yesterday.

American foulbrood is devastating to hives. Caused by the spore-forming bacterium Paenibacillus larvae, brood are infected through their food (royal jelly), killing them at pre-pupal or pupal stage. Although the disease does not directly affect adult honeybees, it prevents them from reproducing successfully and the colony eventually weakens and dies.

The spores left by an infection remain viable for decades and can be easily spread to other hives or apiaries by adult bees or beekeeping practices. With no treatment existing, the only option is to incinerate affected hives, which is legally required in both the US and EU.

American foulbrood was identified as distinct from European foulbrood in the early 20th century and is considered more severe because the latter is not spore-forming despite its comparable effects. However, American foulbrood has since spread worldwide and is a concern to beekeepers and environments globally.

Though there has been some work done with established antibiotics like oxytetracycline and tylosin to combat American foulbrood, Dalan’s vaccine contains killed whole-cell Paenibacillus larvae bacteria.

The vaccine is mixed into queen feed, which is consumed by worker bees who then spread it into the royal jelly, which is fed to the queen bee. With the vaccine now deposited in her ovaries, the developing larvae have immunity as they hatch. “Pivotal efficacy studies have indicated that oral vaccination of honeybees may reduce larval death associated with American foulbrood infections caused by P larvae. The vaccine is non-GMO and can be used in organic agriculture,” Dalan said.

The company intends to use the same approach to develop vaccines for other honeybee diseases and underserved industries such as shrimp, mealworms, and insects used in agriculture.

The plan is to sell the vaccine to commercial beekeeping operations, on which the US in particular is unusually dependent to help support its crop pollination. Hives are regularly transported across the country as part of farming processes for the kind of fruit, berries and nuts that you find in supermarkets. Ironically, this exposes the bees to stress and diseases.

“We are committed to providing innovative solutions to protect our pollinators and promote sustainable agriculture,” said Dr Annette Kleiser, CEO of Dalan Animal Health. “Global population growth and changing climates will increase the importance of honeybee pollination to secure our food supply. Our vaccine is a breakthrough in protecting honeybees. We are ready to change how we care for insects, impacting food production on a global scale.”

Manufactured by Iowa-based Diamond Animal Health, a wholly owned subsidiary of Heska, the vaccine is expected to be available from 2023, with the USDA conditional license granted in the first instance for two years.

Now we just have to hope that antivaxxer bees aren’t a thing. ®