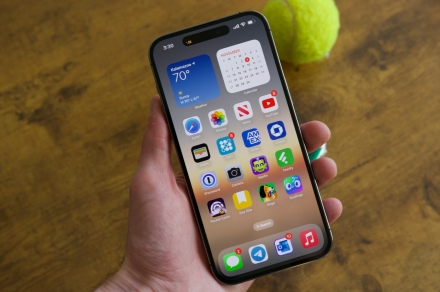 Digital Trends may earn a commission when you buy through links on our site. Why trust us?

Trading in your iPhone with Apple? You’ll get less than yesterday

For the second time in two months, Apple has reduced the trade-in values of many of its iPhones and other products.

Spotted by MacRumors, the adjustments are pretty significant for some of its handsets.

For example, anyone trading in an iPhone 13 Pro Max with Apple will now receive up to $570 off a new product, down from $650. In November, just before Apple last adjusted its trade-in offers, the same device was worth $720.

The trade-in values for older iPhones mostly stay in line with the adjustments made in November, including all the way back to the iPhone 7, which still has a trade-in value of $40.

But it’s not just the iPhone that’s impacted by Apple’s decision to alter its trade-in values. Some Macs and Apple Watches have also seen changes.

However, in all cases except for the Apple Watch SE, trade-in values have actually increased (by a small amount) or remained the same.

Apple accepts some Android phones, too, and the trade-in values of many of these have also been reduced.

It’s to be expected that Apple revisits its pricing structure for trade-ins from time to time. Last year it made changes on three occasions, so expect several more reductions in 2023, especially around the time when it drops new products.

If you’re considering trading in your iPhone or other Apple device, remember that you have other options besides handing it back to the company, and you’ll probably get more for it. Check out these tips for selling your iPhone, though the advice can be applied to other gadgets, too.

Today’s tech news, curated and condensed for your inbox

This email address is currently on file. If you are not receiving newsletters, please check your spam folder.