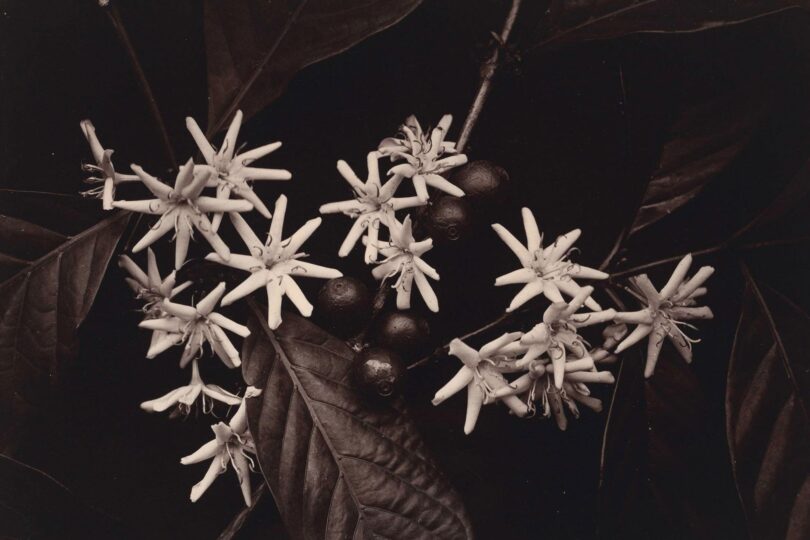 OK, we get it. You fancy yourself a coffee snob. You’ve got a favorite single-origin bean and are low-key judgmental of anyone who takes milk with their morning brew. You rate an espresso by the consistency of its crema, so it’s fortunate that you’re on first-name terms with a neighborhood barista who gets it dead right every single time. “Oh, you’re into coffee too?” you say to your colleague, eying the 10-gallon Starbucks tankard on their desk. “That’s nice. Everyone has to start somewhere!”

But how far into the depths of coffee connoisseurship have you really dived? There are 124 coffee species out there and just two of them—arabica and robusta—account for around 99 percent of global coffee production. Even the most adventurous coffee fans rarely stray beyond these two headliners. But relying so heavily on just two coffee species is starting to look foolhardy. In our warming world, coffee plantations are coming under increased pressure from diseases, drought, and poor growing conditions. Coffee prices have almost doubled in the past two years, largely due to droughts and frosts in Brazil, the world’s largest coffee producer.

Enter liberica. It’s the hipster bean that some coffee aficionados hope will herald a more resilient—and delicious—future of coffee. “It’s surprising a lot of people,” says Aaron Davis, a coffee specialist at Kew Gardens in London and author of a new paper in the journal Nature arguing that liberica’s time has come. Coffee importers and sellers are starting to pay attention to liberica, he says, thanks to its distinctive taste and because it can grow in conditions other species can’t. It could be time for this previously much-maligned bean to come back to the big leagues.

Liberica wasn’t always on the periphery of the coffee industry. For a brief time in the late 19th century, it was the bean du jour. At the time, the ubiquitous arabica coffee plants were stricken by leaf rust disease, which was annihilating trees in coffee plantations across Southeast Asia. Liberica seemed to be more resistant to leaf rust and grew well in warmer lowland regions, unlike fussy arabica, which prefers cool temperatures and higher altitudes. Coffee growers switched their crops, and for a while liberica and arabica were the two big beans in the global coffee industry.

Alas, liberica’s time at the top of the (coffee) tree did not last long. Its big fruits were harder for coffee manufacturers to process and the knobbly beans inside were prone to being either over- or under-dried, resulting in a subpar cup of coffee. When coffee production in Brazil started to boom around the turn of the 20th century, most plantations opted to grow arabica, which quickly became the top dog in the international coffee trade. Since then, only two species have dominated. The more expensive arabica beans are used for smooth-tasting, high-end blends and specialty coffees. Robusta, on the other hand, is cheaper and packs a higher caffeine punch. You’ll usually find it in instant coffees or blended with arabica for cheaper ground coffees.

One of the big problems with liberica has been that unless it is processed and roasted carefully, the taste itself can be off-putting. “I first tasted liberica back in 2012 and wrote it off as being completely disgusting,” says Davis. The taste reminded him of tinned soup. People who taste coffee for a living have a name for this: vegetal. In cupper parlance, calling a brew “vegetal” is basically a polite way of saying that the coffee sucks.

But in the right hands, liberica can be a revelation. In 2016 Davis visited some coffee farmers in Uganda and tried a brew of their local beans. The taste surprised him. It was sweet, smooth, and had notes of jackfruit. He started bringing beans back to the UK and sharing them with coffee importers. They were impressed too, and saw the potential for a high-yielding, tasty bean that could grow across a relatively wide range of locations. “We are talking about people who are doing this for profit, not for passion. If it’s not commercial then they’re not going to be interested,” Davis says while, incidentally, sipping on a coffee made with a variety of liberica beans called excelsa.

In south London, Nigel Motley is one of the very few UK-based coffee shop owners also extolling the virtues of the liberica bean. Liberica coffee is widely grown in the Philippines, where Motley’s mother is from, and there it is called barako, which loosely translates as “stud” and has strong associations with masculinity. “It’s seen as this horrendously strong coffee that would give you fuel for the day,” says Motley. One of the reasons for the jarring taste is that liberica beans tend to be oddly shaped with pointy tips that can burn easily while roasting.

But a delicate lighter roast can bring out a different side to the bean, Motley says. “If it’s processed in different ways, not just as a one-dimensional coffee, it can really be exciting for the shop to use and for the customer to try,” he says. He orders his beans from a grower in the Philippines and roasts them in a 3-kg roaster in London. A lot of his customers are surprised when they try liberica for the first time. Prepared in the right way, it can deliver a much more subtle cup than its history suggests. “It’s showing a different side of the liberica bean that the older generations aren’t used to,” Motley says.

Davis is particularly excited about the excelsa variety of liberica. This has smaller, more manageable fruits that are easier to process than the usual chunky liberica beans. A coffee bean is actually the seed of a small cherry-like fruit that grows on coffee plants. The less pulp there is surrounding that seed, the easier it is to harvest and process those fruits. Liberica plants—including excelsa—are also more resilient to warming temperatures. “We’re seeing excelsa and liberica as something you can grow, when you simply can’t grow arabica,” says Davis.

Having more coffee species to choose from isn’t just nice to have—it might end up being a vital way to preserve the livelihoods of people who grow coffee for a living. For example, coffee makes up a quarter of Ethiopia’s total exports, and between 39 to 59 percent of its current growing area could become unsuitable for coffee farming as the climate warms. As other coffee-growing regions get hotter, the need for a plant that’s more resilient to higher temperatures will become even more pressing. History is also dotted with examples where an overreliance on a single crop ends up in disaster. Prior to the 1950s, most exported bananas belonged to a larger, sweeter variety than what we have today, called Gros Michel, which was wiped out by a fungal infection. As temperatures rise, it could make more coffee-growing regions susceptible to leaf rust disease—the infection that sparked the rise of liberica more than a century ago.

The situation facing coffee plants may not be so dire. Within the two major coffee species, there are hundreds of varieties with their own distinct flavors and qualities. And there are other species, such as Coffea stenophylla, that also could be grown in places no longer suitable for arabica. “You’ve got to be able to produce coffee under a warming, changing climate,” says Davis. And if the history of coffee teaches us anything, it’s that things only really change when the alternative is no coffee at all. It may just be that liberica is a bean whose time has come.