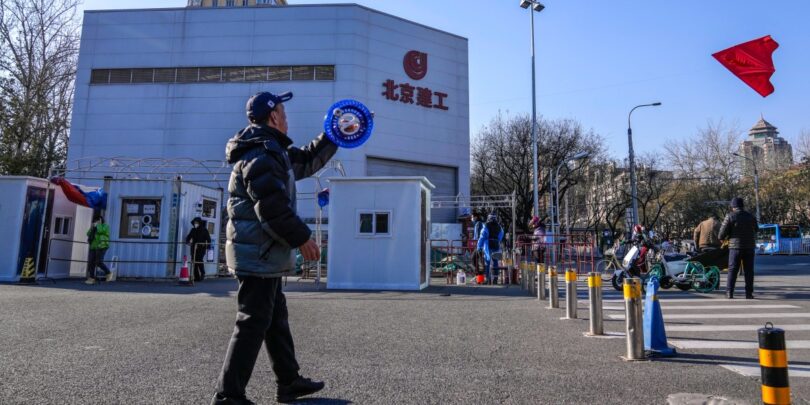 China Report is MIT Technology Review’s newsletter about technology developments in China. Sign up to receive it in your inbox every Tuesday.

On December 1, 2019, the first known covid-19 patient started showing symptoms in Wuhan. Three years later, China is the last country in the world holding on to strict pandemic control restrictions. However, after days of intense protests that shocked the world, it looks as if things could finally change.

It’s a confusing time. Instead of a single top-down decision from Beijing to roll back zero-covid policies, there have been many independent decisions announced by local governments in the last week, mostly about canceling mandatory PCR tests and reopening businesses. Yet they sometimes contradict each other, and plenty of Chinese cities are keeping their tight controls.

Lots of people are celebrating the fact that China has finally started pursuing a covid response emphasizing vaccines and treatments instead of quarantines and lockdowns, as the latter strategies hit the Chinese economy hard. But doubts are starting to grow because of a lack of clear messaging from the top.

So in this newsletter I’ll try my best to summarize and explain the different policies.

The speculation started with a vaguely worded top-level speech. On November 30, Sun Chunlan, China’s vice premier, dubbed the “zero-covid czar,” said at a meeting in Beijing that China’s pandemic control is “facing new situations and new tasks” as the omicron variant takes center stage. She didn’t mention “dynamic zero,” China’s overarching policy to eliminate local outbreaks at any cost—thus signaling a change in the works.

In response, at least three provinces and 13 other cities, covering China’s most economically developed regions, have announced changes to their local covid control rules as of Monday, December 5.

Ever since May 2020, when Wuhan managed to test its whole population of over 10 million in the span of 10 days, China has been conducting mass PCR testing campaigns. The frequency of these campaigns increased this year as omicron spread, and many cities instated mandatory tests for all citizens every two or three days. Without a recent negative test result, people are barred from activities like using public transport or even entering stores, which became a significant burden to their daily lives.

That is finally changing. Many local governments are now replacing mandatory PCR tests with a new regime called “愿检尽检,” or “Those who want to get tested can all get tested.” The requirement for a negative PCR test result is being lifted across China. Cities like Tianjin have removed it for public transport, while it’s been lifted in Shanghai for entering most public venues, and Beijing even waived it for buying drugs in pharmacies.

This has been welcomed by people like Eric, a Guangzhou resident who resisted mass PCR campaigns and suffered from the inconvenience it caused. His health QR code had been yellow for a long time, thus barring him from taking public transport, but it suddenly turned green last week as Guangzhou changed its covid rules.

In fact, his neighborhood committee, which carries out China’s covid policies at the grassroots level, sent him a refreshingly unusual note encouraging people to “take fewer PCR tests and more at-home antigen tests.” The reasoning was that a positive PCR result means the whole building will be locked down, while results from a self-conducted antigen test are not reported to the government.

These recent policy changes don’t affect aspects of China’s pandemic response like the expansive health QR code system and the gigantic central quarantine facilities. But people see them as a direct result of the protests and are welcoming even baby steps toward loosening the rules.

Still, a lot of chaos and unresolved problems remain.

First of all, different areas are doing different things. Beyond the cities that are dropping PCR testing requirements, the majority of China is either maintaining old restrictions or stuck in a confusing limbo. Hefei, a city of over 7 million people in eastern China, said on Sunday that it “can only increase and not decrease the number of PCR testing locations.” Jinzhou, a smaller city, doubled down on lockdowns on Thursday before immediately changing its stance and opening up public venues on Friday. Even among the cities that have relaxed their testing requirements, the rules differ. Some still require tests for entering indoor venues or getting medical services.

As a result of these discrepancies, people still need to take PCR tests if they are traveling between cities with different rules, even though they are told it’s technically not required anymore. Meanwhile, some cities have already started to shut down free PCR testing locations, so now there are longer wait lines and potentially higher costs to take the same tests.

To be honest, with no clear message from the central government, it seems to me that cities are just trying to guess what Beijing will decide later. And as usual, it’s ordinary people who have to accommodate the discrepancies and deal with the uncertainty.

While the protests have wound down, this is only the beginning of the pivot to looser covid restrictions, if China sticks to this path. Abandoning zero covid will not be easy, as the number of cases and deaths will rise, and China’s already weak health-care system will be severely squeezed. By November, only about 40% of Chinese people over 80 had received a booster shot, which studies show can significantly increase the defense against covid. Researchers also estimated that it could lead to 1 to 2 million deaths if China loosened its pandemic measures without also ramping up access to vaccination and treatments.

“At this moment, Xi’s China has become a time machine taking us backwards in time … to the dark days of 2020—first to the drama of Wuhan and then on from there to the horror of Bergamo and New York’s chaotic emergency rooms. Our problems then are China’s problems now, how to weigh up mass casualties against huge economic loss,” writes Adam Tooze, a history professor at Columbia University.

Whatever happens, there needs to be a lot more consistent government messaging and policymaking, and Chinese people will be desperately hoping to see that soon. Reuters reports that China may announce 10 more covid easing measures as early as Wednesday. I’ll update you in the next newsletter.

What do you think will be the biggest obstacle to getting rid of zero-covid policies? Let me know by emailing me at zeyi@technologyreview.com.

Catch up with China

1. Last week I talked to “Teacher Li,” a Chinese painter who had a meteoric rise on Twitter as he became the hub of protest information and footage. (MIT Technology Review)

2. Former Chinese president Jiang Zemin, who oversaw a decade when China’s economy opened up to the world, died on Wednesday at the age of 96. (BBC)

3. An Associated Press journalist was beaten and detained by Shanghai police during a protest, and his phone was confiscated. (AP)

4. After a violent protest at a Chinese Foxconn factory that makes iPhones, Apple is reportedly considering moving more manufacturing capacity out of the country and into India or Vietnam. (Wall Street Journal $)

5. The indictment against Meng Wanzhou, Huawei’s CFO and daughter of the company’s founder, has been officially dropped in the US, marking the end of a high-profile diplomatic saga. (Reuters $)

6. A teacher of Mongolian ethnicity protested against China’s cutback on primary school lessons in his mother tongue. Then the government tracked him down, even after he fled to Thailand. (The Economists $)

8. Three Chinese astronauts returned to Earth, while another three were sent up to finish building the country’s space station. (BBC)

One community that suffered especially heavily from the three-month covid lockdown in China’s northwestern region Xinjiang is livestock farmers, reports Chinese magazine Sanlian Lifeweek. Farmers in Xinjiang have a tradition of seasonal migration, usually taking all their cattle to a different pasture to graze during the winter. But because the farmers were locked down at home, they missed the migration window, and many had to migrate amid snow storms. As a result, many cattle went missing or froze to death. Some counties are even requiring farmers to test negative for covid seven times consecutively in a week before they are allowed to transfer their stock in December.

Farmers who choose not to migrate have to buy a lot of animal feed, which has become significantly more expensive since lockdowns disrupted China’s economy. Having to deal with issues like getting a delivery truck certificate during lockdown and finding workers who are able to leave their homes has made animal feed 60% more expensive than last year.

Ever wondered what Jack Ma, the Alibaba founder who paid a hefty price for criticizing China’s fintech regulators, is doing now? Turns out he’s been living in Tokyo the past six months, spending his time painting watercolors and collecting modern art. Before that, he was golfing in Spain and learning about agriculture in the Netherlands. What a nice retirement.

See you next week!