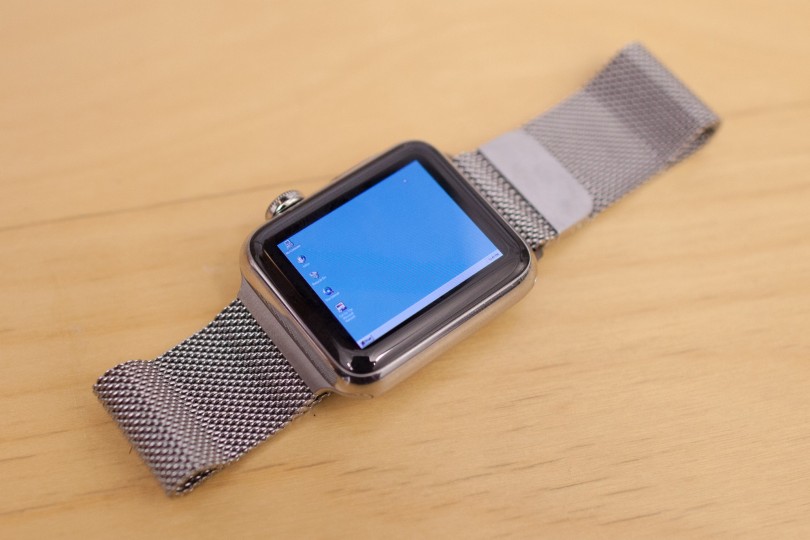 Years ago, there was an operating system called Windows95. Launched 20 years ago, it was a completely new kind of Operating System launched by Microsoft, which offered a new style of Graphical User Interface and simplified plug-n-play features. Nick installed Windows95 on his watch and shared an article on Medium saying, “With a 520 MHz processor, 512 MB of RAM, and 8GB of internal storage, the Apple Watch packs a lot of computing horsepower into a very small package. On paper, its processor alone is about twenty-five times faster than the average 386, and 512 MB was the size of a hard drive in the mid nineties, not memory. As a result, I was feeling confident that the Apple Watch had the ability to run one of the most revered desktop operating systems Redmond has ever produced.”

It won’t be much handy as it runs too slow and operating Windows95 from wrist watch isn’t that much user-friendly. More to that, the boot time taken by the watch was of almost 60 minutes. And he had to hot glue a DC-motor to watch’s crown to prevent it from falling asleep. This is not his first time, previously he did installed Mac OS 7.5.5 on his Apple Watch:

He has shared all the steps he went through to run Windows95 on the watch and has also shared Github link, to download the source and try it yourself.