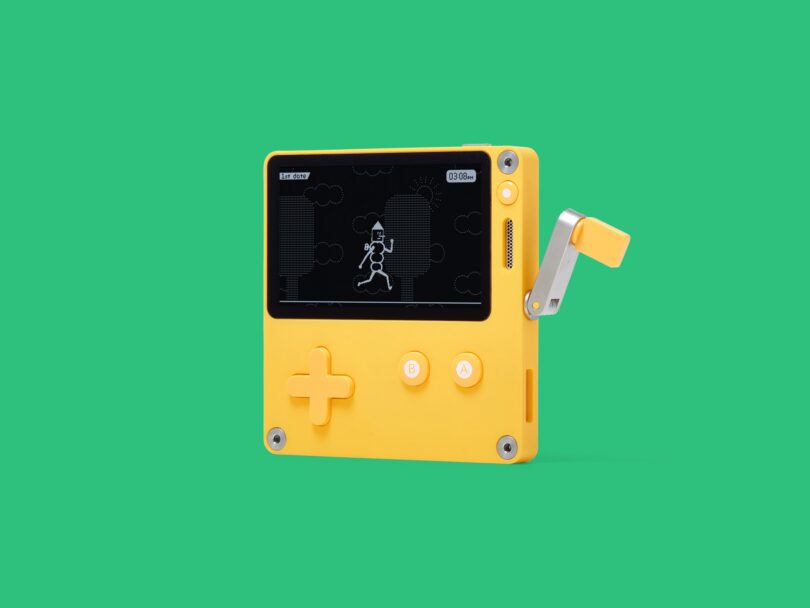 Those are the three words I frequently mouthed before excitedly bringing the Playdate over to my partner to show her. This is a handheld console with a positively tiny black and white 1-bit display and a meager 400- by 240-pixel resolution, yet the games I’ve come across on it are inventive and fun enough you’ll wish everyone carried one of these pocket-friendly yellow squares around.

I’ve played a roguelike game as a samurai, a point-and-click adventure game where you have to figure out whether the aliens that kidnapped you decades ago really have returned, and even Snake—er, Snak as it’s called here, since it’s not an official port of the classic Nokia title. At a time when you can download hundreds of games at a whim and play them on your smartphone with top-tier graphics, it’s enamoring to see the skill that game developers can exhibit on a system that lacks the same luxuries.

A part of what makes the experience of playing games on the Playdate even more magical is the crank. You heard that correctly. There’s a crank on the right side of the console that you can satisfyingly pull out and rotate, giving you a new way to interact with many (though not all) games on the system. Paired with the beep boops of the gameplay and the striking yellow color of the case, the Playdate has a quirkiness that makes it unique.

Unfortunately, while I wish everyone could enjoy the Playdate now, there is some bad news. You can preorder one, but your order won’t be fulfilled until 2023. Panic, the video game publisher behind the console, says it’s working on releasing its first 50,000 orders throughout the year. At the very least, it’s a consolation that this thing is finally shipping.

The Playdate was first announced in 2019. It was supposed to debut in 2020, but a pandemic got in the way. It was delayed to 2021—when I first got a chance to try it out—but an issue with the battery and supply chain issues with the CPU meant Panic had to make some last-minute changes that pushed the release to 2022. That brings us to now.

Panic says it switched battery manufacturers after discovering drained power cells in early models. I haven’t run into issues with the battery in my test unit. I played on and off for several hours, and the battery sat at around 30 percent before the day’s end. Most of the time, I’m only playing a game here and there, whenever I have some free time, so you likely won’t have to recharge via USB-C for several days.