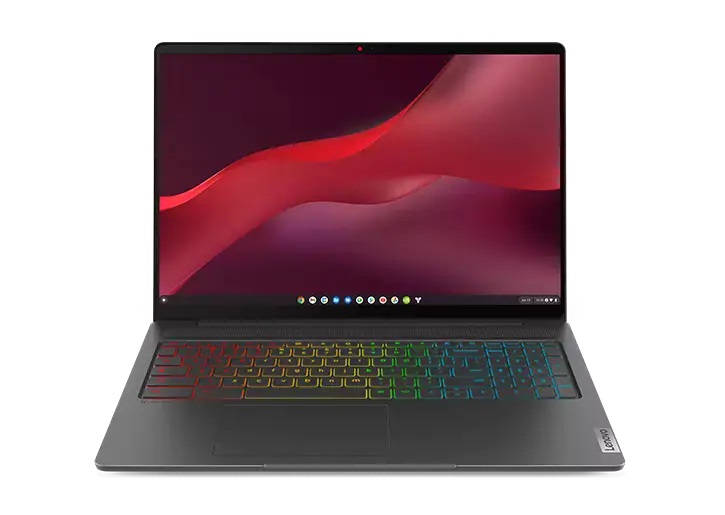 Lenovo’s first gaming Chromebook has some great specs for under $600 USD including its 12th gen Core i5 U-series CPU, full sRGB IPS display, and a native 120 Hz refresh rate. Unfortunately, you’ll have to wait until Chrome OS is updated to fully support the latter.

Google officially unveiled its plans to bring cloud gaming to Chromebooks back in October. To spearhead the announcement, Google also unveiled three separate gaming Chromebooks each with native 120 Hz refresh rate displays whereas all prior Chromebooks would ship with “only” 60 Hz displays. The faster refresh rate enables smoother movements, faster response times, reduced ghosting, and other benefits.

The one catch, however, is that Chrome OS does not yet support 120 Hz mode for all applications at the time of writing. Game streaming services such as GeForce Now can run at 120 Hz mode without a problem as do many Chrome OS-native or optimized apps. Any Android-based apps or those running virtually on Chrome OS will still be limited to 60 Hz. It can therefore be jarring to switch between different applications where the full 120 Hz refresh rate is not natively supported.

We also experienced Wi-Fi 6E issues during our time with the Lenovo IdeaPad Gaming Chromebook 16. Despite the model shipping with an Intel AX211 module capable of Wi-Fi 6E connectivity, the system would only recognize our Wi-Fi 6 network. Wi-Fi 6E can offer lower latency than Wi-Fi 6 which is of paramount importance for game streaming purposes. Thus, this one bug hits particularly hard for the target audience of gamers.

We’ll update this page should we hear back from Lenovo on any potential updates for 120 Hz mode and Wi-Fi 6E.

After graduating with a B.S. in environmental hydrodynamics from the University of California, I studied reactor physics to become licensed by the U.S. NRC to operate nuclear reactors. There’s a striking level of appreciation you gain for everyday consumer electronics after working with modern nuclear reactivity systems astonishingly powered by computers from the 80s. When I’m not managing day-to-day activities and US review articles on Notebookcheck, you can catch me following the eSports scene and the latest gaming news.