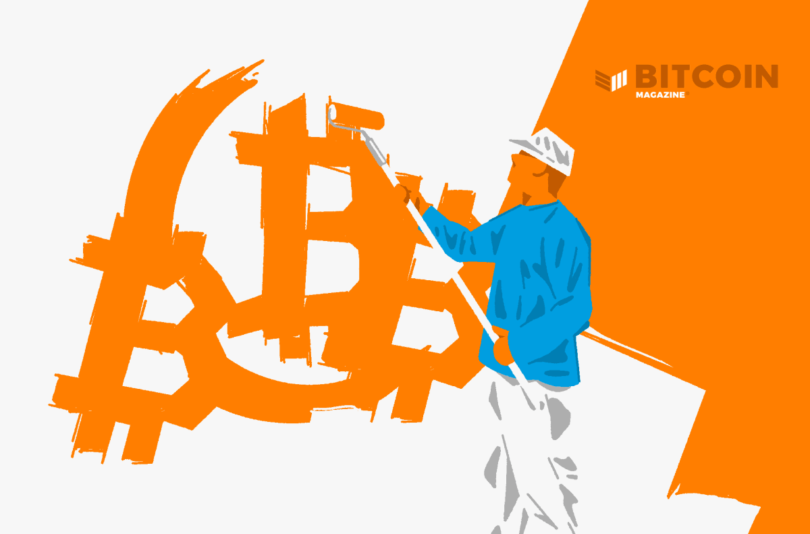 “The smartest people in the world are working on Bitcoin, they’re not working on some other project,” Mike Jarmuz told Bitcoin Magazine. “They’re not working on altcoins or selling real estate in a metaverse fantasy land. Your medical records are not going onto some other thing masquerading as a blockchain. We view these as ridiculous and completely uninvestable ideas.”

Jarmuz is the the managing partner of an investment fund called Lightning Ventures, whose peculiarity is that it focuses its investments solely on companies that develop products and services on bitcoin and no other cryptocurrency.

“The 21st century digital economy is being built on Bitcoin-native companies,” added McShane, a venture partner at Lightning Ventures and employee at BTC Inc, which operates Bitcoin Magazine. “We invest in best-in-class Bitcoin founders who deliver focused, and differentiated, value to humanity. We are determined to return a multiple to our investors through Bitcoin companies that strive to make a positive impact on the world.”

And Lightning Ventures is not alone, but rather part of a growing niche, that of Bitcoin-only venture capitalists (VCs).

The Fall Of Crypto Hedge Funds

Last year, at the height of the bull market, it was the crypto VCs who dominated the headlines, pouring over $33 billion into crypto/blockchain/Web3 projects and startups. This golden age was very short-lived, as this year’s market crash also claimed illustrious victims in the world of hedge funds: one in particular was Three Arrows Capital, which defaulted last June after being unable to repay a loan of over $670 million.

Such sudden gains and collapses are not very common for a venture capital fund, which traditionally approaches investments with a 10-year time horizon, not horizons of just a few months. When, however, the bet is in projects that issue tokens out of thin air, the moment these appreciate on the wave of enthusiasm, the temptation to turn investment activity into speculation is very strong — with the risk of getting burnt when the markets reverse their course.

The crypto hedge funds demonstrated the mentality of the short term — the opposite of that shared by VCs who believe in Bitcoin’s long-term success, investing in those companies that, without issuing useless tokens invented on the spot, try to develop services that bring real value to the market.

“Early-stage Bitcoin startup or angel investing is definitely a low time preference choice,” Jarmuz specified. “Many ‘crypto’ projects choose to issue unlicensed, unregistered securities, in exchange for equity but you don’t end up with quality investors. What happens is that investors dump those ‘tokens’ or equity the minute they can. With our Lightning Ventures’ thesis and Bitcoin-only investments, we are committed for the life of the company and are not concerned with selling ‘tokens’ the moment we can. When we invest in a company, we back it and support it throughout its entire life cycle.”

On this same page is Christopher Calicott of Trammell Venture Partners, or TVP, who said that the idea of funding projects that attract customers by generating tokens is not only symptomatic of a short-term view, but is also inconsistent with the typical incentives of a venture capital fund.

“Investing in these tokens, said Calicott, is a fundamental misalignment of interest to really grow the company and achieve maximum success. Investors actually become speculators trying to get out of their position with the best timing.”

Moreover, while there used to be a feeling that it was difficult to build on Bitcoin — and so many moved to other cryptocurrencies — today things are changing:

“Bitcoin is becoming a platform and entrepreneurs are starting to realize that,” Calicott continued. “There’s blood in the streets being brought by the crypto industry, but despite this, there are now more entrepreneurs willing to build services on Bitcoin than ever before. We see ourselves as long-term investors. We are trying to make smart bets on companies that we think can usher a whole new global monetary order on a solid standard: Bitcoin.”

A new monetary standard, a global store of value, a peer-to-peer payment method that renders the big traditional players obsolete. Whichever way you look at it, Bitcoin offers a vision of the future that completely overturns the paradigms to which we are accustomed: the idea of inflation necessary for growth, that of macro-economic control by states and central banks, that of having to entrust the management of savings and digital payments to intermediaries.

Is the old way of seeing things compatible with the Bitcoin future? According to Ego Death Capital’s website, it is not.

“For a new system to thrive, to bring abundance, opportunity and accessibility, the old system must self-destruct,” per the website for the VC firm, whose CEO is Jeff Booth, author of “The Price of Tomorrow.” “For this to happen, it will require a phase of ‘self-surrender and transition.’”

Confirming the view are Nico Lechuga and Andi Pitt, both general partners at Ego Death.

“The traditional system is already self destructing,” they explained. “Banking systems fail billions of people around the world — it is very evident in emerging markets but even in Western countries. Meanwhile, the Visa and Mastercard duopoly holds back innovation and opportunity so as competition arises — including through the Lightning Network, providing very fast and low-cost transactions — they are already in the process of self-destructing.”

The Lightning Network is also seen as a payments gamechanger for Oleg Mikhalsky of Fulgur Ventures, because, as he said, “almost-instant settlement with very limited counterparty risk is a feature of Lightning that is well positioned to reduce traditional payment overheads and lower counterparty risk existing in fiat rails.”

“For the digital economy to grow,” added Mikhalsky, “we need a native digital currency that has two features: velocity and the ability to make micro-transactions. We believe Bitcoin and Lightning will become the global monetary and payment standards. Some aspects of the Lightning Network adoption spectrum are yet to be explored: we see some adoption in video games, digital content monetisation, but there are other use cases such as machine-to-machine payments and micro-transactions for energy.”

Contrary to what one might think, in a year when the market collapsed dramatically, the world of Bitcoin-only startups has experienced very indicative growth. As confirmed by all VCs surveyed for this article, the number of companies focused exclusively on Bitcoin has grown significantly over the past year. It is plausible to think that when the Pandora’s box of the crypto world was discovered, at that point, entrepreneurs realized that it was wiser to focus on the one technology whose fundamentals have never stopped strengthening since the beginning.

Julian Liniger, CEO of Relai — a Swiss startup which allows users to buy and sell bitcoin in a non-custodial way — emphasized that future growth.

“In the long run, it is less risky to invest in Bitcoin-only startups than in crypto startups: investors see Bitcoin-focused companies as more profitable and a more sustainable business model,” he explained. “With Bitcoin-only VCs, we are 100% aligned. They see the future in 10 years, they understand where we are going, they understand that all the experiments that are happening on other blockchains will end up on Bitcoin.”

This is a guest post by Federico Rivi. Opinions expressed are entirely their own and do not necessarily reflect those of BTC Inc