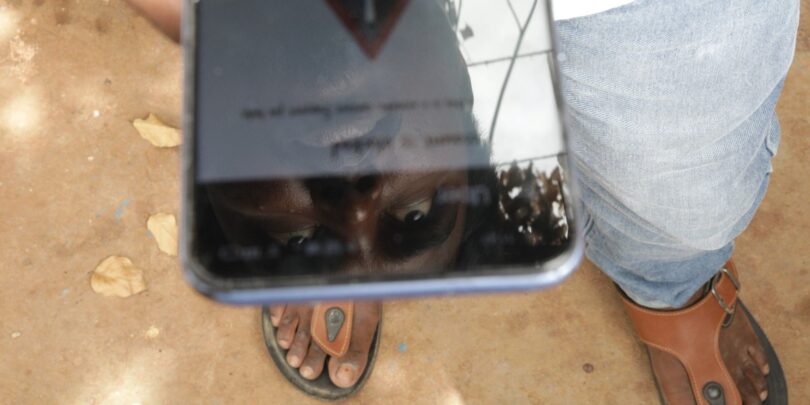 One evening in February last year, a 23-year-old Uber driver named Niradi Srikanth was getting ready to start another shift, ferrying passengers around the south Indian city of Hyderabad. He pointed the phone at his face to take a selfie to verify his identity. The process usually worked seamlessly. But this time he was unable to log in.

Srikanth suspected it was because he had recently shaved his head. After further attempts to log in were rejected, Uber informed him that his account had been blocked. He is not alone. In a survey conducted by MIT Technology Review of 150 Uber drivers in the country, almost half had been either temporarily or permanently locked out of their accounts because of problems with their selfie.

Hundreds of thousands of India’s gig economy workers are at the mercy of facial recognition technology, with few legal, policy or regulatory protections. For workers like Srikanth, getting blocked from or kicked off a platform can have devastating consequences. Read the full story.

I met a police drone in VR—and hated it

Police departments across the world are embracing drones, deploying them for everything from surveillance and intelligence gathering to even chasing criminals. Yet none of them seem to be trying to find out how encounters with drones leave people feeling—or whether the technology will help or hinder policing work.

A team from University College London and the London School of Economics is filling in the gaps, studying how people react when meeting police drones in virtual reality, and whether they come away feeling more or less trusting of the police.

MIT Technology Review’s Melissa Heikkilä came away from her encounter with a VR police drone feeling unnerved. If others feel the same way, the big question is whether these drones are effective tools for policing in the first place. Read the full story.

Melissa’s story is from The Algorithm, her weekly newsletter covering AI and its effects on society. Sign up to receive it in your inbox every Monday.

I’ve combed the internet to find you today’s most fun/important/scary/fascinating stories about technology.

1 Twitter won’t be able to cope with the next natural disaster
Its looser moderation and verification make it harder to sift out reliable information. (Wired $)
+ The platform is now poorly equipped to fend off bad actors too. (Slate $)
+ There’s still no clear viable alternative to Twitter. (The Verge)
+ Twitter’s potential collapse could wipe out vast records of recent human history. (MIT Technology Review)

2 Crypto’s staunchest defenders are trying to rewrite history
The same people who lobbied against regulations are now criticizing the US government for not reigning in Sam Bankman-Fried. (The Atlantic $)
+ FTX’s collapse was triggered by its reliance on four tokens. (WSJ $)
+ Goldman Sachs is planning a crypto spending spree. (Reuters)

3 Neuralink is being investigated for animal cruelty
The number of deaths is higher than it needs to be, according to staff complaints. (Reuters)

4 Women are suing Apple after their exes used AirTags to stalk them
Despite the company’s claim the device is “stalker-proof.” (Bloomberg $)

5 Facebook is threatening to pull news from its platform in the US
If Congress passes new pro-publisher legislation. (WSJ $)

6 America’s drug shortages are getting worse
Essential drug shortages are becoming more frequent, and longer-lasting. (Vox)
+ The pandemic has likely changed children’s microbiomes. (The Atlantic $)
+ The next pandemic is already here. Covid can teach us how to fight it. (MIT Technology Review)

7 Who should pay for gene therapy?
While it’s possible the cost will drop over time, we don’t know how long the effects of the therapies will last. (Wired $)
+ This family raised millions to get experimental gene therapy for their children. (MIT Technology Review)

10 Microscopic replicas of famous paintings could help to foil forgers 🖼️
Thanks to a bit of inspiration from butterflies. (New Scientist $)

Construction workers in New York’s Lower Manhattan neighborhood were breaking ground for a new federal building back in 1991 when they unearthed hundreds of coffins. The site, known as the African Burial Ground, became one of the best-known archaeological discoveries in the country and is now a national monument.

The African Burial Ground project was among the first to use a new constellation of “bioarchaeology” tools that went way beyond the traditional pickaxes and brushes. But this was simply the first stage of a much broader archaeological revolution that brought scientists and humanities scholars together to generate data about our ancestors. Read the full story.

We can still have nice things

A place for comfort, fun and distraction in these weird times. (Got any ideas? Drop me a line or tweet ’em at me.)

+ Texting yourself all day is an…interesting way to remember things.
+ Tokyo has opened its first convenience store manned entirely by avatars.
+ Buffins’ expression sure is appealing!
+ I like the sound of being a meteorite hunter.
+ ‘Tis the season—to brush up on how to give a thoughtful gift.