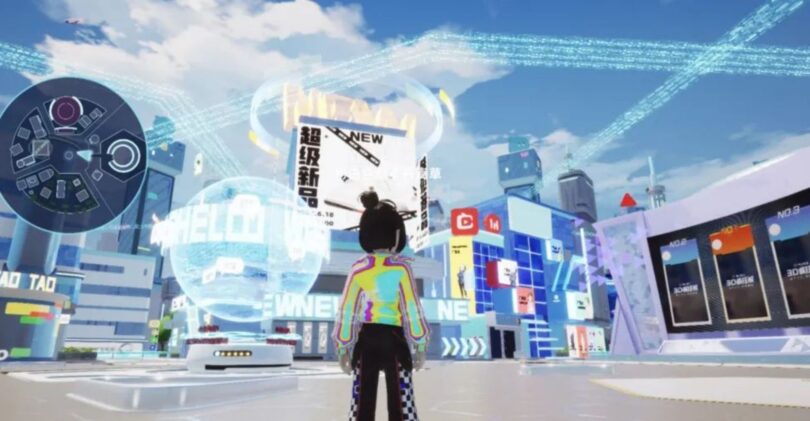 Tech Planet reported on Wednesday that in order to prepare for the upcoming 618 Shopping Festival, Chinese e-commerce giant Taobao has set up a special metaverse project team to create an optimized virtual shopping venue.

Previously, Alibaba Singapore Holdings Ltd. applied for the registration of several trademarks such as “Alibaba Metaverse” and “Taobao Metaverse.” Although the trademarks have not been approved, it does not seem to affect Taobao’s goal of trying to break the deadlock in shopping scenarios.

According to insiders, Taobao transferred some technicians and set up a special metaverse project team a few months ago to explore shopping in interactive scenarios. The focus is to solve the link problem of “people, product and place,” to ensure that users can initially realize virtual shopping links at the front end without wearing external devices, to meet the needs of three-dimensional shopping on Taobao.

In a 33-second internal test video, one can see the basic version of the platform’s “Shopping Metaverse”: skyscrapers with rotatable buildings in the distance, shady trees, floating transparent information panels, stairs and nearby pools.

In this virtual world, users are expected to be able to control their movement direction through smartphones, guiding characters to walk and shop in the 3D environment, also completing certain interactive actions.

According to an individual familiar with the project, the aforementioned video shows a beta scenario. “It looks like the old version a few months ago. This product is still being optimized, but the goal and end point are definitely to ensure users’ smooth virtual shopping ability.”

The primary goal of this project in the near future is to conduct a preliminary release of “metaverse shopping” for some targeted audiences during the 618 Shopping Festival.

In fact, as early as 2016, Taobao launched the “VR Shopping Buy+” program, which uses computer graphics systems and auxiliary sensors to generate an interactive 3D shopping environment. Users can directly interact with people and products in the virtual world, and even virtualize the real-life scenes. However, the project unsuccessfully ended due to the low popularity of VR hardware.

A better solution seems to be AR. In 2019, Taobao launched an AR makeup test, and launched an AR glasses test and an AR shoes test in 2020. Because of the lightweight equipment of these products, users can access an immersive shopping experience simply by lifting their smartphones.