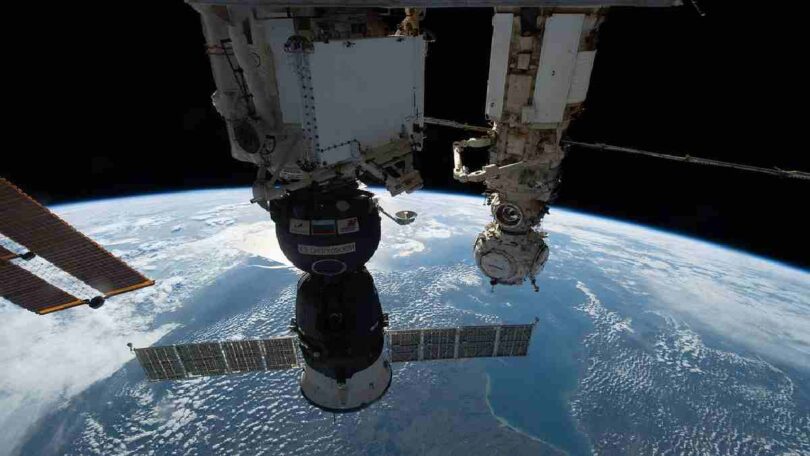 NASA is exploring the possibility of using a SpaceX spacecraft to ferry 3 astronauts, stuck aboard the International Space Station (ISS), back to Earth. The space agency could use a Crew Dragon capsule for the mission. The reason these astronauts have no ride back home is the failure of the Soyuz spacecraft.

The Soyuz spacecraft that took astronaut Frank Rubio and cosmonauts Sergey Prokopyev and Dmitri Petelin to the orbital outpost in September was hit with a major leak recently, spraying its coolant into outer space.

Roscosmos Still investigating The Cause

The Russian space agency, Roscosmos is still looking into the matter to determine the cause behind the leak and the extent of the damage as it works on ways to bring back three crewmembers home on or before their scheduled departure from the ISS.

If the Russian spacecraft clears safety checks and protocols, it could still be used to bring the crew back to Earth. Besides, Roscosmos could also send an empty Soyuz spacecraft to the ISS and bring them back. But if Roscosmos fails to tackle the problem, NASA might step in.

NASA is said to be consulting SpaceX to explore the possibility of using the Crew Dragon spacecraft to ferry Rubio, Prokopyev, and Petelin back home.

“We have asked SpaceX a few questions on their capability to return additional crew members on Dragon if necessary, but that is not our prime focus at this time,” said Sandra Jones as quoted by Reuters.

Only One Emergency Escape Route

It’s unclear if the space agency’s inquiry will focus on ferrying more crew members with the Crew Dragon currently docked on ISS; the spacecraft transported four Crew-5 astronauts to the ISS in October and isn’t scheduled to return until March.

There’s also a possibility that NASA might take SpaceX’s empty Crew Dragon to the ISS to rescue the three astronauts. Roscosmos chief Yury Borisov recently said that the agency has “no fears” about the safety of the astronauts.

However, both space agencies will want to curb this issue as soon as possible, as the orbital outpost currently has only the docked Crew Dragon as an emergency escape route.