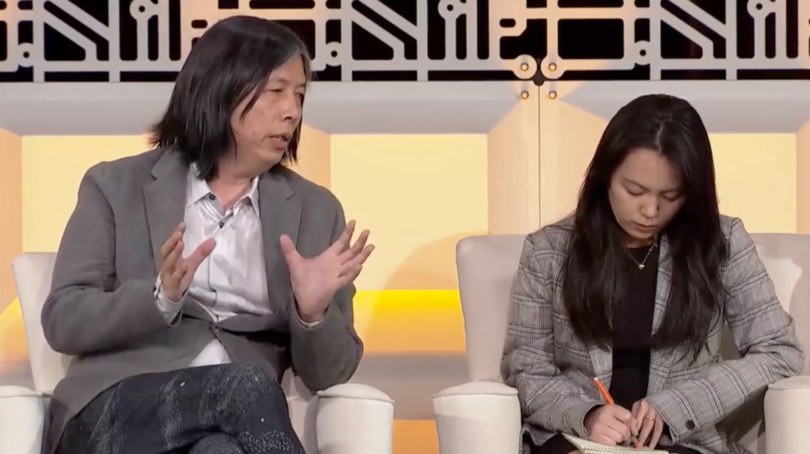 Snail Games, headquartered in Los Angeles, has been a leader in the MMORPG and sandbox survival space, with titles like Age of Wushu and ARK: Survival Evolved. Now Shi Hai, founder and CEO, sees growing opportunities in the metaverse and Web3. Hai joined Dean Takahashi, lead writer at VentureBeat, to talk about the fascinating future ahead for companies that take the leap.

Snail Games took that leap some time ago, Hai said, as the earliest company to explore 3D online gaming. As far back as 2002, they regarded themselves as architects of virtual worlds, and now they’ve set their sights on the metaverse.

“Many others, from our perspective, are more concerned about devices, what kind of technology Web3 is using, and how to provide the best user experience around digital assets,” he explained. “As we’re entering the metaverse and Web3 era, what Snail Games and we are concerned the most about is where property rights should belong, or who they should belong to.”

Web3 is an opportunity to build a supportive environment for content creators, in order to attract more creators and users. Content creators are how platform owners thrive — but the content doesn’t belong to those creators. It can vanish at any time.

Plus there’s the question of monetizing content, one of the benefits blockchain brings to the Web3 table. In the company’s ARK forum, many users have contributed content, without getting the remuneration they should have in the platform’s market. A Web3 platform has the potential to address these issues.

How to preserve the ownership of digital assets for content creators, and who those digital assets truly belong to, are the two most important questions to solve, Hai said, and NFTs are part of the puzzle. Despite the bad reputation NFTs have, he sees them as a trend that will succeed in reaching its potential. At a recent NFT conference, Hai had a front row seat to the kind of excitement that NFTs can inspire in users and customers.

“What amazed me is that different companies and different industries are taking on all kinds of experiments in this new industry and this new trend,” he said. “They all want to pursue what users actually feel about digital assets, and what kind of value they can create for users.”

The company has ambitious aims for their metaverse. Not only does it have its own game engine, which is available for both mobile and PC platforms, but they’re able to incorporate their 20 years of game development expertise into this engine in order to offer content creators as big an environment as possible, where they can create mods themselves. The framework is akin to Ready Player One, he said.

“In this metaverse project, each character and DLTs from ARK will be transferred to a planet,” he explained. “On this planet users will have their own unique gameplay, and they can even create and publish their own digital assets and cryptocurrencies.”

Each planet will represent one form of gameplay and one game IP, he said. On this planet, many digital assets will belong to content creators, but some of them might belong to other companies or even Snail Games. They are still working on how they can implement the transfer of digital assets between different planets.

The company’s long history with MMOs means they have the tools and technology to create the kind of user engagement and community interaction that metaverse projects require. They’ve also got a handle on issues like cheaters and server problems.

“In terms of the technical side, Snail is ready,” he said. “What we’ll solve in the future is, what if Snail doesn’t exist one day? Will our metaverse still exist even if Snail does not? Who will those digital assets that content creators created belong to if Snail is gone?”

The argument for NFTs

The basic idea of trading and selling tools between players has always existed, Hai points out, whether that’s illicit sales behind the scenes, purchases from the game’s digital store, or trades between players as part of gameplay. This demand in the market should translate to NFTs.

But in the community many people think that reinforcing the notion of ownership of digital assets will make a lot of gamers beholden to the developer of the game, but Hai feels that the metaverse could offer exactly the opposite experience.

Players are attracted to platforms where they have access to mods and content creation; the issue is that they don’t have an open platform, and their ownership rights are too often still up in the air.

“The issue with digital assets right now is not the act of creation, but that there’s not much protection for the retention of ownership of digital assets,” he said. “That’s the big issue for the digital asset industry, and that’s what we’re trying to resolve.”

To catch the whole conversation, don’t miss the video on demand.