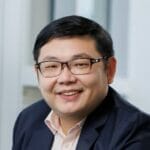 Singapore’s Income Insurance has tapped CBRE Investment Management to manage its $3 billion real estate portfolio, according to a statement on Wednesday, with the news coming just two weeks after its sister company, Mercatus Co-operative, sold a pair of malls to Link REIT.

Formerly known as NTUC Income Insurance Co-operative Ltd, the financial services firm entered into an agreement with CBRE IM to take over management of Income’s real estate assets in Asia Pacific and North America, as well as in the Europe, Middle East and Africa region.

“Real estate is a strategic asset class in Income’s investment portfolio,” Income chief investment officer Mark Shi said in the statement. “As our investment is diversified across physical properties and funds in Singapore and abroad, we are excited to collaborate with CBRE IM and leverage their global footprint and track record with the aim of delivering good long-term returns to our insurance policyholders.”

Income is outsourcing management of its real estate assets to the New York-based firm following a lengthy rethink of the property holdings of the NTUC group, and the role of Mercatus as its in-house real estate investmentmanager, which included the $717 million disposal of 16 Collyer Quay last July, as well as the December sale of more than half of its retail portfolio to Link REIT for $1.6 billion.

CBRE IM, which has $143.9 billion in assets under management globally, officially took on the management role starting 1 January after winning Income’s favour through an “extensive competitive pitch process.” Without disclosing specific assets included in the portfolio, it said Income has direct and indirect holdings in properties situated in APAC, North America and EMEA. “We are delighted that Income has chosen us to support them with their long-term real estate investment goals,” CBRE IM said. “With CBRE IM’s scale and global footprint, we can work together across multiple territories and investment strategies to seek to create a holistic approach for our client.”

As the insurance division of NTUC Enterprise, Income provides life, health and general insurance products and in September completed a corporatisation exercise that officially transformed the business from a trade union-based co-operative into a public non-listed company.

Some NTUC team members who previously managed Income’s portfolio will be joining CBRE IM as it takes over management of the portfolio, the company said, however, Income representatives had not responded to inquiries from Mingtiandi regarding the future role of Mercatus by the time of publication.

“We look forward to working with Income to forge a new and collaborative client relationship with the aim to ensure exceptional long-term performance,” CBRE IM added.

The shift in management strategy comes after Income, then still using its former identity, agreed to sell at 16 Collyer Quay, an office tower also known as Income at Raffles, to Chinese investment firm Bright Ruby Resources in an all cash deal during July. The sale of the 276,450 square foot (25,683 square metre) property came as NTUC was said to be reviewing its real estate portfolio.

After NTUC sold the Jurong Point shopping centre in western Singapore and the Swing By @ Thomson Plaza section of the Thomson Plaza mall in the Upper Thomson area last month, Mercatus had continued to manage two remaining retail assets – the AMK Hub in Ang Mo Kio and a 50 percent stake in the NEX mall in suburban Serangoon district.

NTUC also has in its portfolio the 31-storey One Marina Boulevard skyscraper at Raffles Place, which serves as headquarters for NTUC Enterprise.

Outside its home turf, Mercatus had been managing NTUC’s one-third ownership in the 1 Bligh Street commercial complex in Sydney’s central business district, with that stake reportedly having been put on the market late last year. No updates had been provided on that potential disposal at the time of publication.

The NTUC group also owns a 7.6 percent interest in the 27-storey Brookfield Place office tower several blocks away from 1 Bligh Street in Sydney.