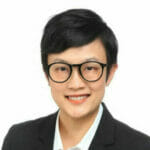 Sales of new private homes in Singapore totalled 654 units in March, up 20.7 percent from February, delivering a respectable showing in the absence of first-time launches last month, according to analysts.

While sales rebounded last month after a February lull from the Chinese New Year festive period and as the city eased COVID-19 restrictions, the Urban Redevelopment Authority’s reading, which excludes the hybrid public-prive executive condo market, was down 49.5 percent from the 1,296 units sold one year earlier. The latest home sales illustrate how the city-state’s booming residential market has ebbed since government cooling measures were enacted last December, but also reflect high base in March 2021 due in part to strong demand that month for GuocoLand’s launch of its Midtown Modern condominium near Bugis MRT station, real estate agency PropNex said Monday.

“The slight uptick in new home sales in March despite no new projects being launched is encouraging, particularly considering the heightened uncertainties brought about by the Russia-Ukraine conflict, which has added to cost of living pressures in Singapore,” said Wong Siew Ying, head of research and content at PropNex. “Without any fresh launches, buyers had turned to existing projects on the market, picking up units at relatively firm prices in March.”

The lion’s share of March sales took place in locations between Singapore’s downtown core and the city’s suburbs, in what the URA refers to as the Rest of Central Region, led by the Normanton Park project which recorded 83 transactions. Units at the Kingsford-developed mega-condo near the National University of Singapore sold for a median price of S$1,887 (now $1,388) per square foot during the month. Normanton Park was the monthly top seller in the first quarter of 2022 and for the past four consecutive months, with a mere 114 unsold units remaining out of 1,862 in total, said Leonard Tay, head of research at Knight Frank Singapore.

Other projects that helped to boost sales in the the Rest of Central Region included One Pearl Bank, Avenue South Residence, Verticus and CDL’s Amber Park, as the submarket accounted for 49 percent (320 units) of the March total.

Meanwhile, in the suburban locations which constitute the Outside of Central Region made up 28 percent of sales (181 units) and downtown projects in the Core Central Region lagged with 23 percent (153 units) amid a shortage of launches in Singapore’s most expensive districts.

The March home sale rebound may have given confidence to local condo owners after last December’s restrictions chilled the market, with several collective sale efforts having been announced in recent weeks.

In mid-March the owners of the Chuan Park condominium in Serangoon district put their complex back on the market at the same S$938 million ($689 million) price that had failed to attract a buyer in a tender which ended last November, Mingtiandi reported last month. Then on Monday of this week, the owners of Sixth Avenue Centre, a mixed site of seven retail shops and 18 residential units at 805 Bukit Timah Road, announced a relaunch for collective sale at a reserve price of S$85 million ($62.5 million), unchanged from a previous attempt last year.

Colliers Singapore said the reopening of borders could prompt more demand from relocation on the back of the government’s effective handling of the pandemic, especially from foreign buyers of higher-end properties who are less sensitive to the increased taxes and duties imposed late last year.