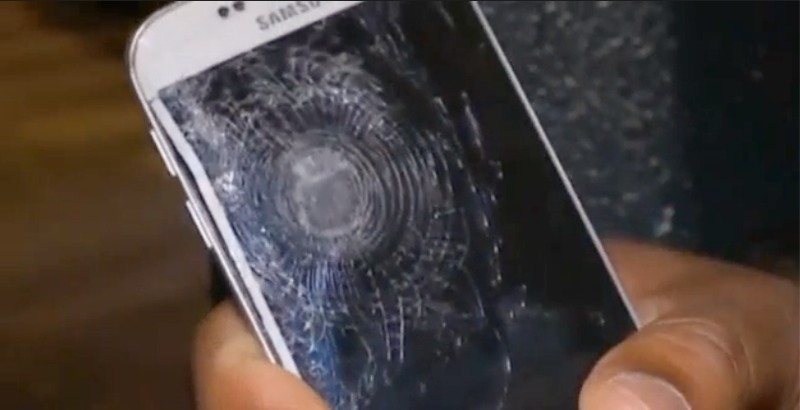 According to a French media site, a man named Sylvestre was outside the Stade de France when a suicide bomber and a gunman created havoc by detonating a bomb and firing multiple rounds; as fragments from the bomb flew in all directions a fragment large enough to have killed a man headed towards Sylvestre but instead struck his Galaxy S6 Edge which was he was talking on at the time the bomb was detonated.

If it had not been for his Galaxy S6 Edge, he wouldn’t have been living to tell the world how tough his phone was. Of course, the phone was totally destroyed and is not usable anymore. But smartphones, unlike life, can be replaced. Below is the video of Sylvester explaining the whole incident that took place with him. Though the video is not in English, you can still understand what Sylvester is trying to say by showing his destroyed Galaxy S6 Edge.

Sylvestre didn’t come off completely unscathed as he was also shot in the foot and suffered a bullet graze to his torso, but that’s minor injuries compared to what would have occurred if his phone hadn’t saved him from a body bag.

He told iTele in French –

Look here, this is my phone that saved my life, otherwise my head would’ve exploded