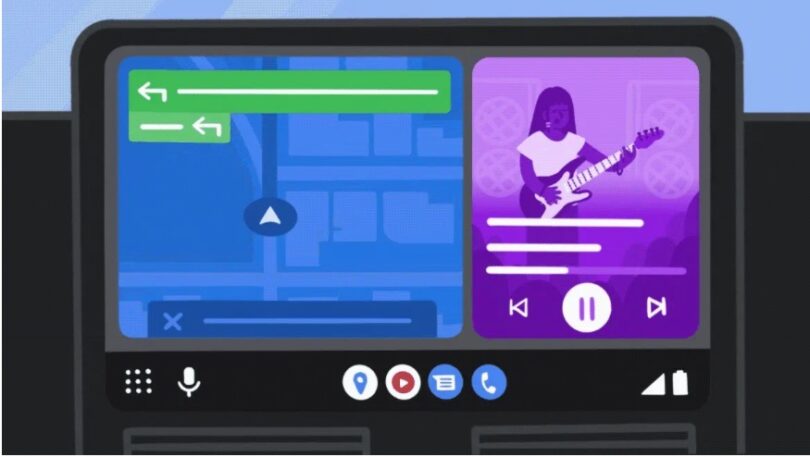 It’s time to check for an update on Android Auto on your phone, as Google has begun to roll out the revamped version of its car user interface in conjunction with CES 2023, the new Android Auto now features a similar driver dashboard to Apple’s CarPlay and brings split screen support on portrait and widescreen displays. The revamped Android Auto UI has since been announced back in I/O, which features a more driver friendly design as you get to see maps navigation and music playback on the same screen, a quick launcher now resides below the screen that gives you faster access to streaming and navigation apps. In addition, Google Assistant now provides smarter suggestions including missed call reminders, quick arrival time sharing and instant access to music or podcasts.

Google has also announced that WhatsApp Calls on Android Auto will soon be made available for the latest Pixel and Samsung phones.

On top of releasing the revamped Android Auto, cars with Google’s Android Automotive Operating System are getting more streaming apps this year as Google has made Tubi and MGM+ available on Google Play, YouTube and more are also expected to arrive at a later time this year, which is great news for owners with such cars to stay entertained while they are inside their cars.