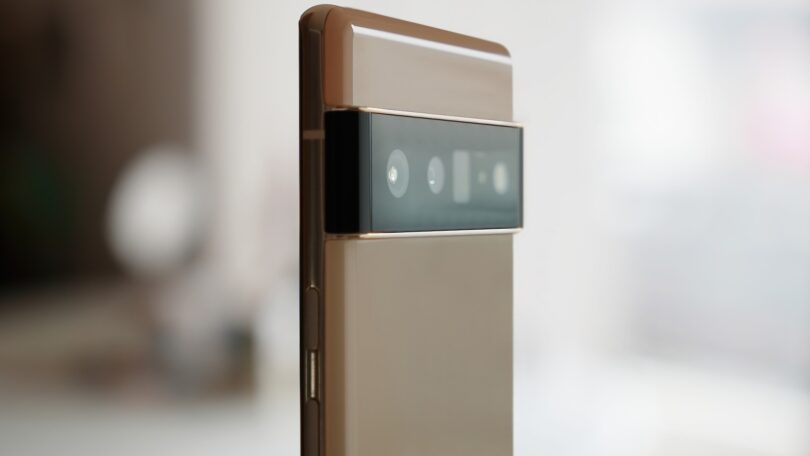 The Google Pixel 6 Pro is a feature-packed flagship, but the only biometric security feature it comes with is the fingerprint scanner. This came as a surprise to many because several marketing documents that leaked before the phone launched talked about the model sporting a “Face Unlock” feature, as well. And even though there have been several reports in the past about Google supposedly working to bring this feature to the Pixel 6 Pro, nothing seems to have happened on this front even six months into the phone’s launch.

References to text strings that point towards the likelihood of the Pixel 6 Pro eventually supporting Face Unlock have previously been found within the Android 12L beta code. However, for some reason, Google has yet to release an update that enables this feature on this model. Yet, just when we thought the company had given up on this feature, we have a fresh report that seems to indicate the facial recognition security feature may still arrive at some point for the Pixel 6 Pro.

Unlike previous occasions where references to this feature had to be found deep within the operating system code, a Pixel 6 Pro user recently came across the Face Unlock option while he was setting up his newly purchased Pixel 6 Pro.

Face Unlock on the Pixel 6 Pro: Is it really happening?

At the outset, let us state that the user – who posted his interesting findings via a Reddit post – confirms the Face Unlock feature isn’t active on the phone yet, and you can’t enable it within the Settings menu. Instead, the reference to the feature appears when the phone prompts users to choose a backup screen locking method. Particularly interesting is that the user was never prompted to set up Face Unlock during the entire setup process. It was also weird that this option appeared on a device that was running a stable version of Android.

In an attempt to get to the root of this issue, the folks at 9to5Google scoured through the Android 12 code and were able to confirm that this particular option on the setup page has been present on the Pixel 6 Pro since the early Android 12 beta version, but was kept hidden. However, it remains unclear why the option was triggered during this particular instance. It remains to be seen if the Pixel 6 Pro will eventually get this much sought-after feature in one of its future software updates. Sadly, it doesn’t look like the regular Pixel 6 will get the same feature, assuming it rolls out at some point.