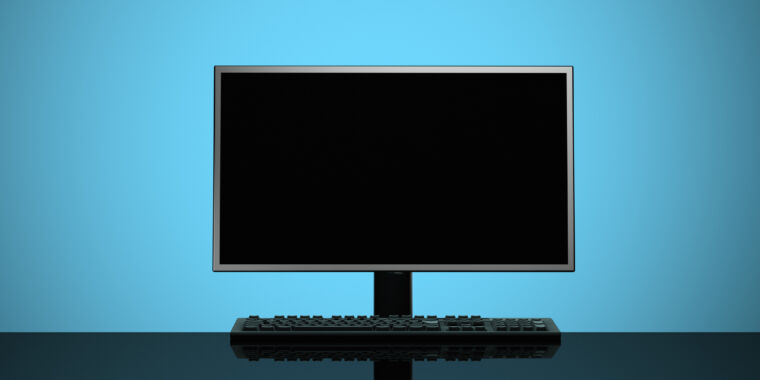 AUO and LG had already been linked to 480 Hz, FHD-resolution PC screens.

If you’ve ever looked at a 360 Hz monitor and thought, “This isn’t fast enough,” here’s something to look forward to. While we’ve seen monitor prototypes surpass 360 Hz, the highest native refresh rate you’ll find on a PC display these days, it seems that AU Optronics (AUO) is working on panels that’ll be available with an even snappier 480 Hz refresh rate.

Of course, not many would look at a screen updating with new information 360 times every second as lagging. But for very fast-paced action—like in a competitive game where words and items whizz by in an instant or where a few milliseconds of a delay could be the difference between a win or a loss—more speed may be imperative.

As spotted by TFT Central this week, AUO announced via a YouTube video that it’s working on a 24-inch PC monitor panel with a 480 Hz refresh rate and response time that’s under 1 ms (the brand didn’t get any more specific there). And it’s aimed at gamers.

AUO, which sells panels to monitor vendors, including Acer, Asus, and MSI, also highlighted a 16-inch 480 Hz screen made for laptops. The response time here seems to be slightly higher, at “1.xms,” according to the video.

Unsurprisingly, both displays work with 1920×1080 pixels, sacrificing sharper image quality for speed. For comparison, a 24-inch monitor with 4K resolution has a pixel density of 183.58 pixels per inch (ppi) versus the 91.79 ppi a 1080p alternative offers.

But 1080p is a marked improvement from when we saw the 480 Hz refresh rate in 2017. As recalled by ComputerBase, ZisWorks shared a 480 Hz prototype then, but the resolution was a measly 960×540. For what it’s worth, BlurBusters pointed to visible image quality improvements at the time, including reduced motion blur, even when compared to 240 Hz. Since it’s a shorter leap from 360 Hz to 480 Hz, it’d be interesting to see if we could tell the difference.

AUO’s 480 Hz panels are being developed with a more common resolution but also a waning LCD LED panel type, TN (twisted nematic). TN monitors are known for speed and are typically cheaper than alternatives, but often have inferior contrast to VA (vertical alignment) panels and worse color and viewing angles than IPS (in-plane switching).

AUO released the aforementioned video to promote its presence at the Society for Information Display’s Display Week conference in San Jose, California, this week. In an announcement, AUO said it would “showcase the application scenarios of the next-generation” of gaming displays at the show.

Since AUO is a panel supplier, it didn’t point to any monitor release dates. AUO also seemed to more heavily focus on promoting some of its panel technology at SID Week, based on its announcement detailing other innovations it said it would show at the conference.

Of course, should a 480 Hz monitor come out any time soon, it’d be a niche use requiring a heck of a system, including a top-end graphics card, the right content, and some pretty keen eyes to reap all the benefits.