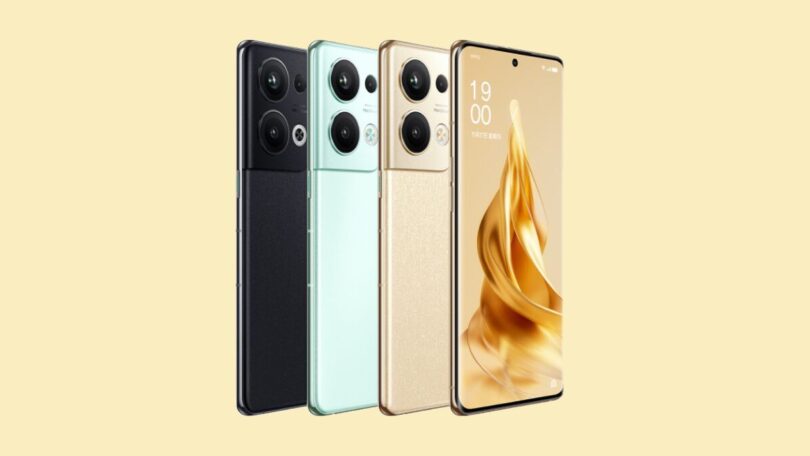 Recent reports indicate that the OnePlus 11 5G flagship smartphone might be accompanied by a watered-down variant called, the OnePlus 11R. The device is rumored to make its debut in China as the OnePlus Ace 2. GadgetGang has published real life images of the OnePlus 11R prototype, revealing some key design details.

The alleged OnePlus 11R prototype device was spotted wearing a thick protective case. It doesn’t reveal its entire design but gives away some exciting elements. The display appears to be a curved display. The OnePlus 10R came with a flat display . If these images are genuine, we might see the introduction of a curved AMOLED display in the “R” series. The display gets a centrally placed hole-punch camera cutout for the selfie sensor.

Moving to the rear, there is nothing to make out as it is completely covered and only reveals the camera sensors. Tipster, Yogesh claims that the OnePlus 11R could be an Oppo Reno 9 Pro+ in disguise and may sport a similar rear camera island design.

The OnePlus 11R is rumored to sport a curved AMOLED display with 1.5K resolution, a 120Hz refresh rate, and PWM dimming. While the OnePlus 11 5G is confirmed to get the Snapdragon 8 Gen 2 chipset, the OnePlus 11R could utilize the older Qualcomm Snapdragon 8+ Gen 1 chipset. It could be offered with up to 16GB RAM and up to 256GB internal storage.

In terms of optics, the OnePlus 11R is rumored to get a triple rear camera setup comprising a 50MP Sony IMX766 primary shooter, a 13MP ultrawide shooter, and a 2MP macro/depth sensor. Selfies could be handled by a 16MP front-facing sensor. The handset could be powered by a 5,000mAh battery coupled with 100W fast charging support.