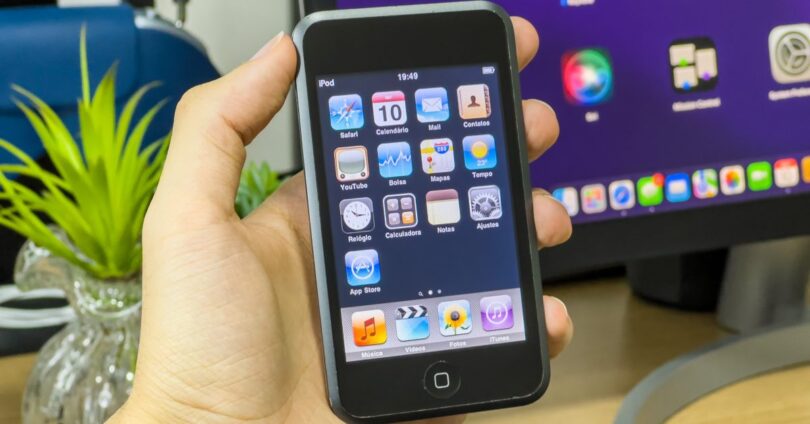 Just a few days ago, I wrote an article asking why Apple is still selling the iPod touch in 2022. Coincidentally or not, the company announced on Tuesday that the iPod touch and the iPod brand have reached the end of their lives. What’s interesting to think about is that, now obsolete, the iPod touch was once the gateway to the iOS ecosystem.

An iPhone without the phone

The iPhone was certainly revolutionary, and there were many people interested in buying one. However, since it was Apple’s first phone, the original iPhone was only available in six countries. And for $499 with a two-year contract, not everyone was able to get their hands on the iPhone. Luckily, Apple came up with a solution.

The entire iPod lineup was still there for those who still preferred to have a dedicated device to play songs on. And in September 2007, Steve Jobs announced that Apple was bringing iPhone technology to the iPod with the first generation iPod touch.

Unlike the other iPods, which all had Click Wheel and ran what Apple called “iPod Software,” the iPod touch was basically an iPhone without the phone. It had the same 3.5-inch multi-touch display and the same iPhone OS, although with some limitations compared to the iPhone. And since the iPod touch had no phone, it was priced cheaper and was launched in many more markets than the iPhone.

It sounded like the recipe for a successful product – and indeed it was. Here in Brazil, Apple never released the first iPhone, and buying one in another country was not an option due to carrier lock-in. However, thanks to the iPod touch, I and many other people were able to experience part of the iPhone.

A gateway to the iOS ecosystem

Don’t think that Apple restricting features to more expensive devices is something new. In fact, the company knew exactly what it was doing with the iPod touch. Even though the device runs iPhone OS, some of the features were only available to iPhone users.

For instance, the first iPod touch only had the Safari, YouTube, Calendar, Contacts, Clock, Calculator, Music, Videos, Photos, and iTunes Store apps. Utility apps like Stocks, Weather, Notes, and Mail weren’t available on the iPod touch at first. This, of course, was a way to convince iPod users to buy an iPhone at some point – almost as if the iPod touch was a lite version of the iPhone.

Honestly, that worked out very well. The iPod touch had key features of the iPhone to convince people that they needed one. I remember zooming in on a photo with the “pinch” gesture, opening a webpage in Safari, or seeing the accelerometer in action for the first time on my iPod. At that moment, I was sure I wanted all of that on my phone.

A few months later, Apple released a software update that enabled the missing apps on the iPod touch, but it cost $19.99. And for years to follow, Apple charged for iPod touch software updates, while they were free for iPhone users.

A companion for the iPhone

Even after the iPhone became more popular, people still bought iPod touch as a companion device. Since it was cheaper, you could fill an iPod up with music and keep your iPhone storage free for apps and photos. (Did you know there was an iPhone with only 4GB of storage?)

Months after Apple introduced the iPhone 3G in June 2008, the company announced the second-generation iPod touch. This time, besides a new design, it had more storage options, a built-in speaker, Bluetooth support, bigger battery, and most importantly, the iPhone OS 2.0 pre-installed with the brand new App Store.

Every year when Apple announced a new iPhone, a new iPod touch was announced a few months later with similar hardware and features. The third-generation iPod touch had the same faster CPU and GPU as the iPhone 3GS, while the fourth generation brought the Retina display, A4 chip, and the FaceTime cameras of the iPhone 4.

After all, the iPod touch was still a way to let people experience the iPhone features for a lower, more affordable price.

The end of an era

2011 was the first year that Apple didn’t introduce any new iPods. Instead, it only announced software updates for the iPod touch and iPod nano. 2012 was the last time Apple released a new iPod nano and iPod shuffle. The iPod touch had also been updated for its fifth generation, this time with a similar design to the iPhone 5, but with the A5 chip instead of the A6.

But then things started to get bad for iPod fans. In 2014, Apple discontinued the iPod classic, the last model with a Click Wheel. A year later, the sixth-generation iPod touch was quietly released with the A8 chip, and that’s it. Then, in 2017, Apple officially stopped selling iPod shuffle and iPod nano, as these models lack Apple Music support.

2019 was the last time the company introduced a new iPod. However, the seventh-generation iPod was another boring update that had the A10 Fusion chip as the only change. Other than that, the iPod still had the same small 4-inch screen as the iPhone 5 and a Home button without Touch ID.

Now the iPod has become irrelevant, perhaps a result of the streaming era combined with powerful smartphones. I won’t miss it, but I will definitely always remember what an important product it was for Apple and for the whole industry.