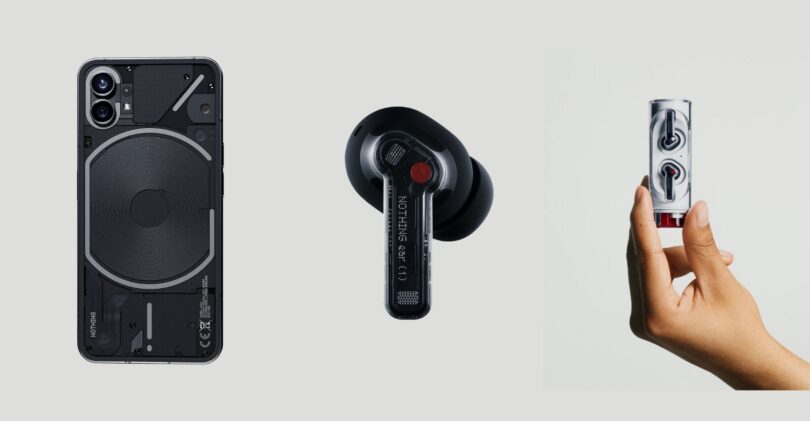 Nothing, an electronics venture established by Carl Pei, the co-founder of Chinese smartphone manufacturer OnePlus, announced on December 6 that the global sales of all its products, including the Nothing Phone (1), Nothing Ear (1) and Nothing Ear (stick), have exceeded 1 million units.

The firm launched Nothing Phone (1) in more than 40 countries in July this year. This mid-range device is priced at 399 pounds ($485) and adopts a Snapdragon 778G+, a mid-range processor released by Qualcomm in May 2021. The “+” in its name means it is a customized version developed specifically for Nothing products.

While smartphone design has gradually homogenized throughout the past decade, Nothing Phone (1) represents a truly different approach with its right-angle frame design, fully transparent back cover, and 900 mini LED light beads.

At the time of the device’s original release, the company said it had no plans to release Nothing Phone (1) widely in the United States. However, according to a report by CNBC on December 5, the firm is in early conversations with American carriers about launching a new smartphone in the country, setting up a potential direct competition with the iPhone.

Pei also admitted that it will not be easy to compete with Apple in the United States, where iOS features like iMessage and AirDrop are giving it an increasing edge over alternatives such as Android.

Pei has rich experience in the mobile phone industry, and has worked for Nokia, Meizu and OPPO previously. Nine years ago, he and Pete Lau set up OnePlus together. Regarding the competition with Apple, Pei said in March this year, “We have Chinese engineering and supply chain, and the strongest industrial design in Europe and America. Apart from Apple, we are the only company in the industry with this advantage. I hope to build an ecology that can compete with Apple in the future.”

Last October, Nothing announced cooperation with Qualcomm covering many different products and platforms. According to Pei, Qualcomm is happy to see companies in its ecology that dare to do different things and compete with Apple.

Nothing expects its revenues to jump more than tenfold in 2022 – up from about $20 million in 2021 to about $250 million this year. It has also more than doubled its employees to more than 400. The firm is still losing money and aims to achieve profitability in 2024.

SEE ALSO: Price of Nothing Ear (1) Wireless Headphones to Increase by 50%

When talking about Nothing Phone (2), Pei wrote on Twitter that the company’s current energy is focused on improving Nothing Phone (1) to provide users with a better experience. Therefore, consumers are not likely to see new smartphone models appear in the near future.