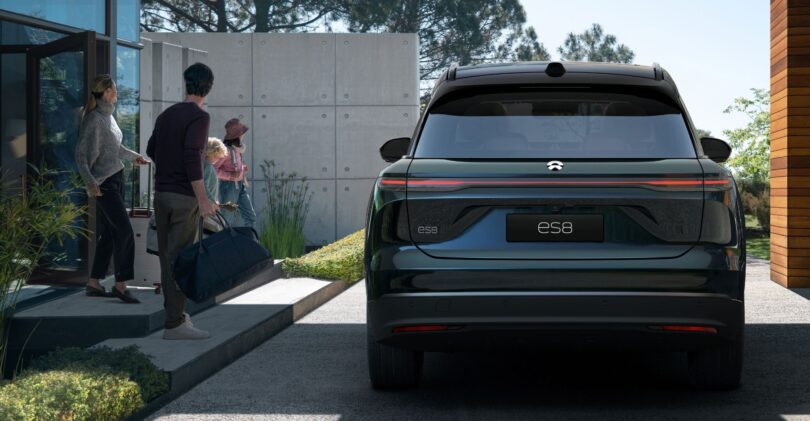 Chinese electric vehicle maker NIO announced on December 27 that due to skyrocketing COVID-19 cases across the country, causing supply chain restrictions and interfering with new user registration, the company now estimates that 38,500 to 39,500 vehicles will be delivered in the fourth quarter of this year.

When NIO released its Q3 financial report, it predicted Q4 delivery volume of between 43,000 and 48,000 units. The continuous increase of ET5 production capacity gave the firm strong confidence in improving its output. During a meeting following the release of the Q3 report, William Li, founder of NIO, predicted that production of 20,000 vehicles could be completed in December.

From January to November this year, NIO delivered a total of 106,671 cars, an increase of 31.8% year-on-year, meaning that its annual delivery exceeded 100,000 units for the first time. Among them, the delivery volume of three new models ET7, ES7 and ET5 has steadily increased, totaling 11,072 units. According to the latest guidelines, the cumulative delivery volume of new cars in NIO this year is expected to be 145,171 to 146,171 units.

In the face of doubts that NIO is selling more and more models, but the delivery volume has always maintained about 10,000 units, Qin Lihong, co-founder of the company, said that the monthly delivery volume now reflects the production capacity of NIO‘s factories and does not fully reflect actual market demand. Since the beginning of this year, affected by various negative factors, the two factories of NIO have not had much time to produce at full capacity.

These two models originated from NIO‘s latest second-generation technology platform. The EC7 is sold at 488,000 yuan ($69,965), and is expected to be delivered in May 2023. The brand-new ES8, with the highest selling price exceeding 600,000 yuan, is expected to be delivered in June 2023. The firm will launch three new cars in 2023. Li said that the new energy vehicle market will face great challenges in the first half of 2023, and that he hoped it would gradually recover in the second quarter.