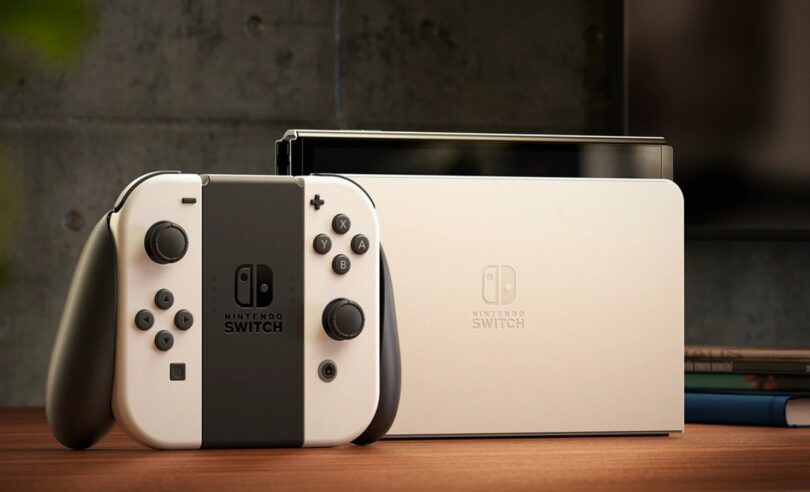 The Nintendo Switch 2 – or Super Switch – is unlikely to make an appearance in 2023, despite the apparent sales momentum dip experienced by the current Switch console. Discussion about the expected next-generation Switch also alluded to the possibility that plans for a Switch Pro were canned and replaced by the Switch OLED Model.

Members of Digital Foundry have been talking about the future – and the past – of the Nintendo Switch console in their latest DF Direct Weekly video. The journalists were asked if there might be a Nintendo Switch 2 console launched in 2023 and what kind of specs they would expect for such a device. While much of the discussion was based on opinion, John Linneman offered up some information about Nintendo’s Switch plans that was less subjective:

I can understand from talking to different developers, is that there was some sort of mid-generation Switch update planned at one point and that seems to be no longer happening.

During early 2021 it seemed almost certain that Nintendo was going to introduce a Switch Pro console, with leakers claiming knowledge of aspects such as specs, capabilities, and launch date. Just as the Switch Pro buzz was hitting fever pitch, Nintendo went and unveiled the Switch OLED model in July 2021. So, it is possible that a Switch Pro model was on the cards, but COVID-19 and the global chips shortage put paid to that idea, and Nintendo went with mostly buffing the Switch’s display instead.

With the Switch Pro possibly being this “mid-generation Switch update”, this still means a next-generation Switch is likely in the pipeline, and there was some interesting discussion about this. None of the trio of John, Oliver, and Richard were convinced that a Switch 2 or Super Switch would make it to the shelves in 2023, despite Nintendo Switch sales slowly petering out (although over 114 million units have been sold since 2017). The proposed Nvidia Tegra T239 processor that could end up in a next-gen Switch is still a mystery, with the current Switch’s Tegra X1 really starting to show its age (2015; Tegra X1+ in 2019).

While Nintendo won’t be interested in chasing the state-of-the-art tech that the PlayStation 5 and Xbox Series X boast of, it will need to make sure a next-generation Switch enjoys a successful transition, which would certainly be helped by offering full backwards compatibility with the current Switch console. Support for 4K and DLSS (or DLSS 2.0) has previously been suggested as a suitable upgrade for a next-gen Switch as has higher resolution gaming at 60 FPS while in handheld mode. HDR support, a 120 Hz refresh rate, and even the presence of an SSD have also been mentioned in connection with potential Nintendo Switch 2 upgrades.