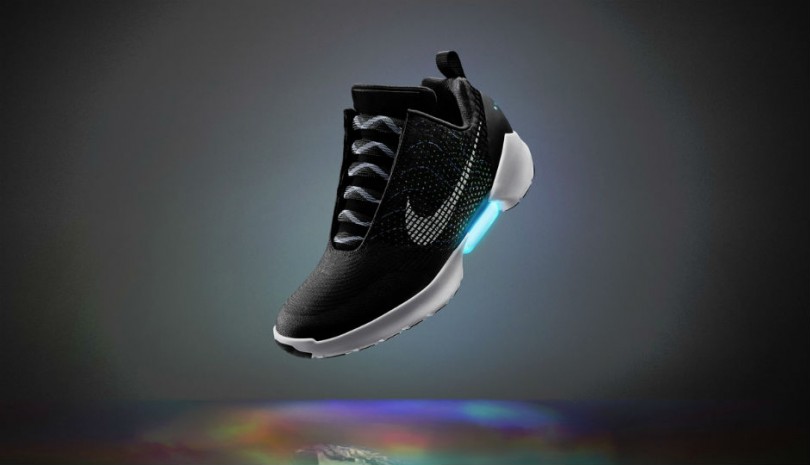 Lazy people – The world has heard you. Nike is making efforts to make you free from the mundane tradition which you have been following since generations.
Now even shows are getting techie. Nike – The shoe leader company has unveiled its a new product HyperAdapt 1.0, the first sneaker that can tie its own laces.

The shoe is powered by Nike’s new technology named as “Adaptive Lacing Technology”. And the company plans to come with whole new range of power-lacing sneakers.
The HyperAdapt 1.0 shoes auto-detect and tightens the shoe-lace when a person slips his feet into the sneaker. This is all controlled by a sensor installed inside the heels of the shoe. As soon as it detects that foot has been placed, it triggers the ‘self-lacing’ mechanism,

Nike is planning to bring the shows into the market in Summer 2016 but will be exclusively available to Nike+ members. The shoe prices haven’t been announced yet and the shoe will be available in 3 color variants.

The company representatives also said that the “adaptive lacing” will start off small, but will eventually make its way into running and basketball shoes as well, becoming “more ubiquitous” in every sport category.

“This is our first effort. We know it’s not perfect but it’s a big step forward,” he added.

“Much like an autonomous car is adaptable and can tell you when someone is too close to you, these shoes can sense your body and react accordingly,”

Cristiano Ronaldo, the football star shared a small video on his Instagram account, showing the Nike’s HyperAdapt 1.0 in action, as he became the first athlete in the world to try the new auto-lacing Sneaker.

Wow! Thanks @nike for letting me be the first athlete in the world to try the new HyperAdapt 1.0 #nike2016 #nikeinnovation