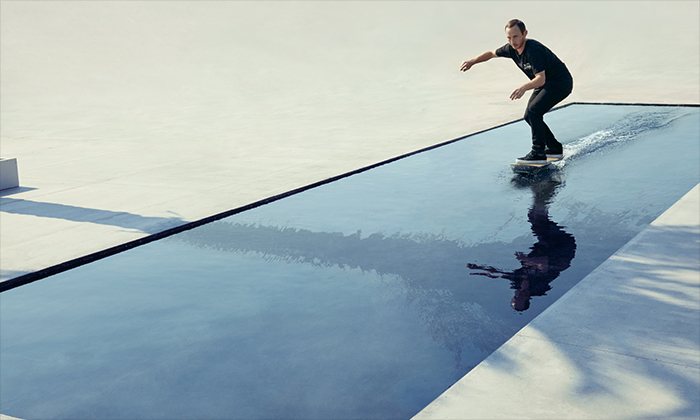 Its been months, since Lexus announced its project called “Slide”, which in simple words is a skateboard from future – a Hoverboard. Scientifically it works on that principle of hovering or lavitation.

Lexus, first released a few videos on Youtube, teasing Slide hoverboard, but as it was taken as a fake marketing stunt, so the company later promised a proof.

Physically, it weights around 11.5 kg, uses 32 Superconductor Bulks cooled by Liquid Nitrogen at -197°C,to levitate it 3 or 4 inches above the magnetic ground.

The hoveboard was tested at Cubelles, Barcelona on a 200 meteres of magnetic track, specially designed for Slide.

Watching the hoverboard in action, might be the best thing for your eyes today particularly when it floats across water. Although, this hoverboard isn’t available for purchase, but still, someday !

Read the experience shared by Robb Holland on Jalopnik blog