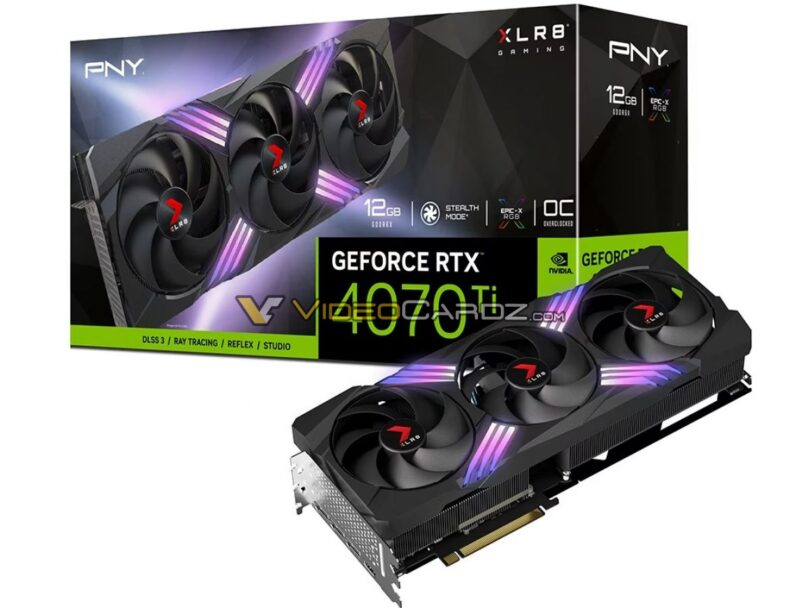 In other words, the PNY RTX 4070 Ti SKUs will reportedly have 7,680 CUDA cores, 12 GB of GDDR6X memory, and a 192-bit wide bus for a total bandwidth of 504 GB/s. The 2,310 MHz base and 2,610 MHz boost frequencies of the GPUS are also the same as the RTX 4080 12 GB. VideoCardz notes that the main difference between these two PNY offerings is the presence of a higher-end cooler as well as RGB strips on the XLR8 VERTO.

While the January 5 release date looks legit at this point, we still have no word on the official pricing of the purported RTX 4070 Ti yet. Many believe that courtesy of the name change and price pressure from the Radeon RX 7900 XT and RX 7900 XTX, Nvidia will likely price the RTX 4070 Ti less than the US$899 MSRP of the now-defunct RTX 4080 12 GB.

I am Fawad, a fellow tech nerd. As a tech junkie, my relationship with technology goes back to my childhood years. Getting my first Intel Pentium 4 PC was the start of journey that would eventually bring me to Notebookcheck. Finally, I have been writing for tech media since 2018. From small no-name projects to industry leaders, I have worked with a number of tech publications.