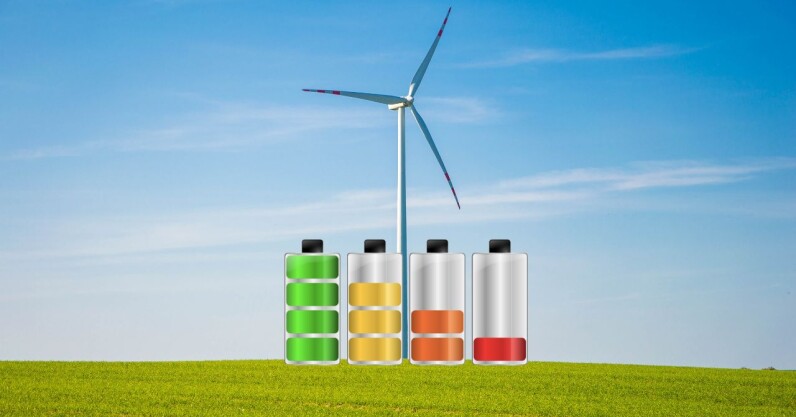 The system — which is the largest by megawatts per hour — aims to store electricity generated from renewable sources, such as wind turbines and solar farms, before releasing it at times of high customer demand.

According to the company, the facility has the capacity to store up to 196MWh of electricity in a single cycle, making it able to power around 300,000 UK homes for two hours.

The facility has been launched four months ahead of schedule in order to support the National Grid’s efforts to provide stable and secure power to UK households over the challenging winter period.

The European Association for Storage of Energy (EASE) has estimated that the energy storage requirements for the EU alone will be approximately 200GW by 2030, and 600GW by 2050.

That’s because energy storage systems are a critical component for enabling the integration of renewables and establishing a secure, low-emission, and affordable energy system.

But although Europe’s net zero ambitions depend on the increase of renewable energy sources, this won’t be achieved without the required storage infrastructure that can manage the intermittent nature of wind and solar power.

Fortunately, things seem to be going in the right direction for Europe. The Pillswood project is only the latest (and probably most impressive) amongst the battery storage systems either in the works or already operating in the continent.

Energy storage is also gaining momentum within the EU bodies.

Speaking at the Energy Storage Global Conference 2022 (ESGC), Maroš Šefčovič, Vice-President of the European Commission, acknowledged that energy storage “…will help facilitate the integration of renewables and the electrification of the economy, while increasing the flexibility and security of the energy system.”

“Deployment of energy storage solutions in Europe must accelerate,” he noted.

And amidst the global energy crisis, it seems that strengthening Europe’s energy independence and strategic autonomy is more crucial than ever.