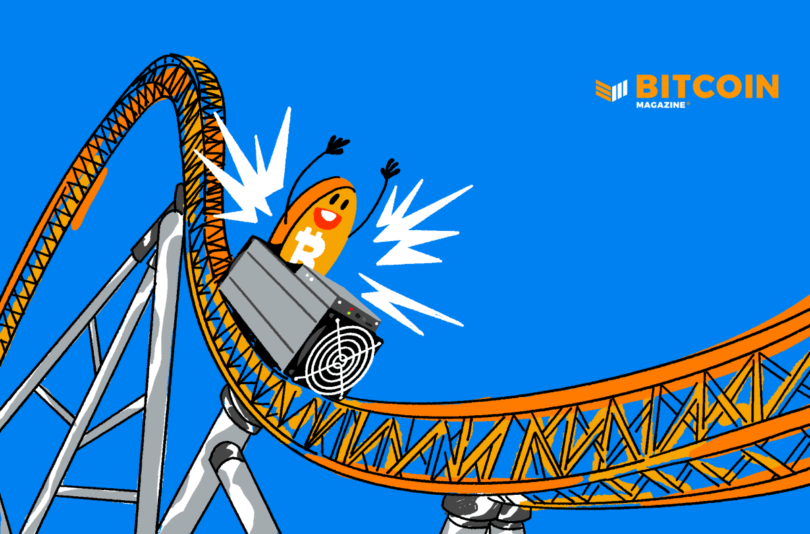 This is an opinion editorial by Cory Tucek, the CEO of Movies Plus and the host of the “Bitcoin Made Simple Podcast.”

To all the plebs that came before me, listening to your tireless explanations and warnings saved me from some terrible mistakes. Thank you.

“As a Bitcoin newbie, I thought this time was different.” — Me (and every Bitcoiner past, present and future)

The above statement is something that I said to my wife just a couple of weeks ago, prior to the carnage that brought us down to $20,000 again. I was certain this time was different. There wouldn’t be 70% drawdowns in bitcoin anymore. This was hyperbitcoinization, the moment bitcoin would soar past $100,000. This was when bitcoin would become the world’s reserve currency.

It was … until, it wasn’t. Don’t get me wrong, that day is still coming. It’s just a little further than I originally thought.

The purpose of this article is not to rehash what all the Bitcoiners who have been here before already know; it’s more to serve as a warning to future Bitcoin newbies. When you get into Bitcoin, you will think, “This time is different. Thank God I got in at this price before it takes off and never comes back!” You will think, “Good thing bear markets and drawdowns are a thing of the past.” Which is to say, you will think all the wrong things and you will think them right off the bat.

To give you perspective, here is my Bitcoin journey.

I first heard about Bitcoin in 2012 when a filmmaker I had worked with, Nick Mross, posted on Facebook about a documentary he was directing. It was untitled at the time, but eventually became the film, “The Rise and Rise of Bitcoin.” I looked into it, considered speculating but, like everyone, my next thought was, “It’ll get hacked.”

The following year, I saw the price rise to $100 per bitcoin and I contemplated throwing $1,000 in and grabbing 10 bitcoin for the hell of it, but like everyone else, I thought I was too late to the game and would surely lose my money. Instead, I added a few extra days to my honeymoon with that money. “Hey honey, I got us three extra nights on our honeymoon for only $200,000,” is what I should have said.

I told that story to Ben Prentice and Heavily Armed Clown, and they reassured me, saying that had I bought 10 bitcoin for $1,000, I would have sold them for $1,200 and thought I was a genius. Truer words have never been spoken.

For some time after, bitcoin was something that I occasionally looked into, but never enough to fully understand. In 2017, the price took off and again I was too late — Bitcoin at $10,000 was too rich for my blood. It was certain to crash, and this time I paid close enough attention to feel justified when it did crash. It was over; bitcoin was dead, but it hung around through 2018. It didn’t die. Then I started to watch more closely to see if it could rebound, and it did. By the spring of 2020, I was ready to FOMO into bitcoin.

At the beginning of the pandemic, it started with, “We own a little bitcoin,” and quickly escalated into, “Liquidate everything and buy all we can!” I was determined to buy as much as I could before it reached its previous all-time high of $20,000 again. I did, and then bitcoin started its run. It passed $15,000. I was a genius! It smashed through $20,000. My IQ was increasing by the second!

When it broke $30,000, I began telling people how I knew with 100% certainty that this would happen. I even had another great idea that no one else had thought of, “I am going to start a podcast! About Bitcoin!” The “Bitcoin Made Simple” podcast network is the only good thing to come out of this phase, not because I am great at podcasting or understanding Bitcoin, but because the interviews I’ve done made me realize more just how little I knew about Bitcoin, and how much I had to learn.

Then Elon Musk invested. I knew I was smart, but now I was even smarter than the only guy sending rockets into space that aren’t shaped like male genitalia.

Bitcoin broke $40,000. I tried getting every person I knew to invest before it took off and blew through $100,000. My streaming platform, Movies Plus, had just brought on investors, and I convinced them to make the whole investment in bitcoin, because “To tHe MoOn!”

Bitcoin broke through $50,000. I was so ahead of the game I made Hal Finney look like a noob.

Then suddenly, it retraced a bit. I confidently told people it was an expected dip because this one time I saw someone post a chart with an arrow. “Just look at S2F (stock-to-flow), it’s only up from here on out.”

Then, the bottom fell out. It crashed down into the $30,000s! What happened?! This had to all be Musk’s fault. What a moron. The day it was crashing, I even texted Guy Swann and said, “So did I earn my bear market badge today?” I literally blushed when I typed that out. I was so naive. I might as well have tattooed, “Hi, I’m new to Bitcoin. Here’s how I will fix it,” on my forehead.

I spent the summer nights of 2021 on Twitter Spaces railing against the powers that be, pushing everyone toward fighting for freedom, but I noticed I slowly stopped talking about how much I knew about Bitcoin. The realization was setting in that I knew nothing about Bitcoin. I needed to shut up and learn. That was when I thought I finally understood Matt Odell’s great quote, “Stay humble and stack sats.” I was back to being humble, back to just stacking sats and learning.

Then bitcoin started to rebound and I thought, “Wow I am lucky, we only had a 50% dip.” Bitcoin was ripping towards its all-time high, so I “got on zero,” and went all in on bitcoin.

Once we got back above $60,000, we all knew this was it. This was the moment we had waited for. Hell, look at the tweet that I sent right at the tippy top of the price action.

Nobody saw what was coming next. (Except for HODL Magoo and you can hear him explain it in this podcast.) The price was swatted down again. It fell and fell, and then landed in the range where we were stuck all of summer 2021. “It’s okay,” I thought. “The thesis hasn’t changed and I still haven’t had to experience the max pain.”

At this point, I started to take my own advice: only invest money that you can leave untouched for four-plus years (sorry, “get on zero” gang), keep your head down, find ways to crush it in the “fiat mining” world to increase your cash flows, and stack bitcoin. Or as Odell puts it, “Stay humble and stack sats.”

It finally sunk in: Bitcoin is a test of many things, but it really tests your ability to stay humble. Being humble goes a long way in life. I am on a journey towards trying to be more humble in all aspects of life, thanks to Bitcoin.

I was glad to be humbled, but even more glad that I didn’t have to deal with those 70%-plus drawdowns because “This time was different.” Until recently, when this time was starting to look like those of the past.

I never understood why the “stay humble” part was so important until recently. If you drift around Twitter and pay attention to the sentiment, almost everyone is down. They’ve taken all the punches they can take and it feels like everyone is retreating into the corner. Everyone, that is, except the real plebs who have been here before and aren’t going anywhere. Follow their lead. This is why staying humble is so important, it helps you keep your chin up when times are tough.

Bitcoin isn’t about me and it isn’t about you. It’s an opportunity to escape the clutches of the fiat world. It won’t happen on your timeline and it won’t wait until you’re ready. It will just keep producing blocks, one after another.

So if you’re new to this space, listen to your fellow plebs, the ones who have been through hell and are still standing. They are the ones to listen to. If they try to sell you a coin other than bitcoin, block and move on. If they seem too “toxic,” they honestly are just trying to look out for your best interests. Ask questions, learn from their mistakes, and most importantly … stay humble and stack sats because the next time will not be different than the last — until one day it isn’t.

This is a guest post by Cory Tucek. Opinions expressed are entirely their own and do not necessarily reflect those of BTC Inc. or Bitcoin Magazine.