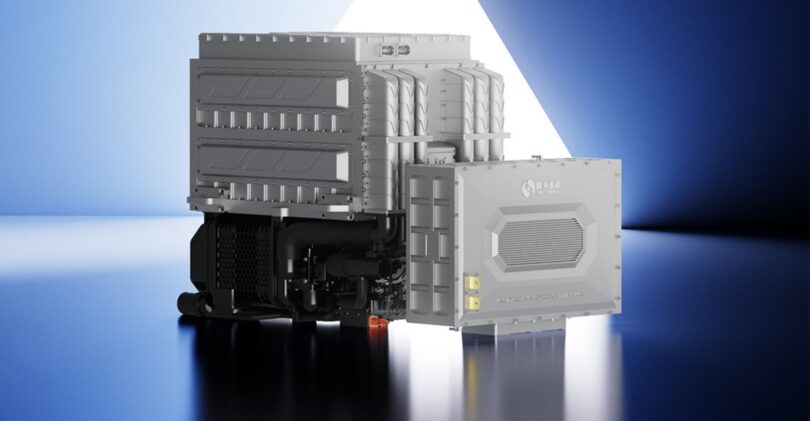 SinoSynergy, a hydrogen fuel cell company based in China’s eastern Zhejiang province, on November 22 submitted a listing application to the Hong Kong Stock Exchange, with Huatai Financial Holdings named as the exclusive sponsor.

SinoSynergy was established in 2015 and has a current valuation of about 7 billion yuan ($979 million). Its products include flexible graphite bipolar plates, fuel cell stacks, fuel cell systems, fuel cell air filters, fixed fuel cell power generation systems, and more. It has led or participated in the formulation of more than 10 national and industrial standards related to hydrogen fuel cells.

The shipment volume of SinoSynergy’s hydrogen fuel cell stacks has exceeded 450 MW, and they are widely used in buses, heavy duty trucks, logistics vehicles, forklifts, and ships. The medium-capacity hydrogen-powered digital track rubber-tired tram equipped with the firm’s hydrogen fuel cell system rolled off the production line in Shanghai in December of 2021.

According to the latest data from GGII, the market size of hydrogen fuel cell stacks in China in the first half of this year was about 540 million yuan, an increase of 15% from the same period last year. Hydrogen energy is called “ultimate energy” by industry experts because of its various sources, high power value, no pollution, and high safety.

Some sources who have been involved in the development of hydrogen energy for a long time told 36Kr that the challenge facing hydrogen energy is a shortage of orders. Fuel cell vehicles have become the mainstream application field now, but the commercial vehicle market itself is not large.

With the development of hydrogen energy and the fuel cell industry, leading global companies have begun to establish a presence in China. Ballard Power Systems from Canada, for example, plans to establish its China headquarters, a membrane electrode manufacturing plant and an R&D center in Shanghai.