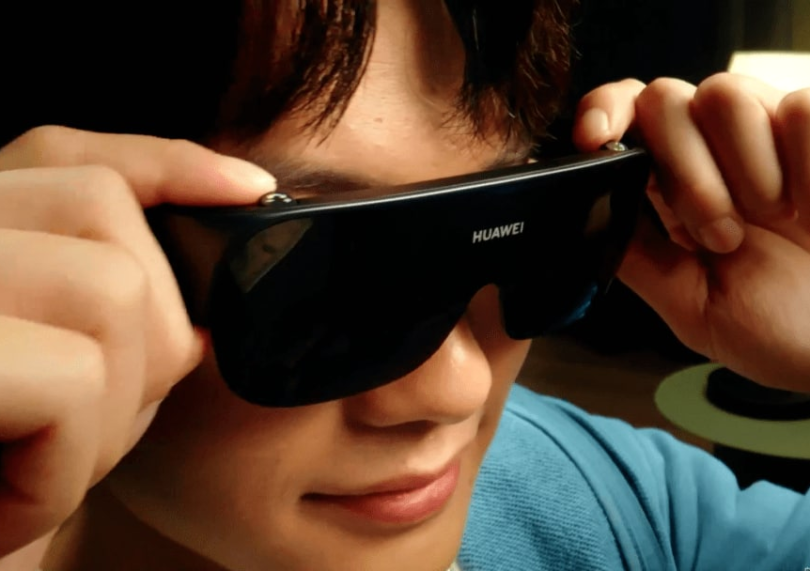 Huawei has introduced a new pair of smart glasses in China. Sold as the Vision Glass, the smart glasses can reproduce giant and colour-accurate virtual displays thanks to Micro OLED displays.

Huawei has launched the Vision Glass, its equivalent to the Nreal Air AR. Arriving first in China, the Vision Glass is billed to create up to 120-inch images at a distance of 4 metres, which drops to 100-inches when the image appears to be 3 metres away from your face. As Huawei’s marketing image below shows, the Vision Glass give the effect of a holographic display being in the room with you but only by projecting an image in front of your eye.

According to Huawei, the Vision Glass utilises Micro OLED panels that operate at 1,920 x 1,080 pixels and 480 cd/m². Similarly, the smart glasses should cover at least 90% of the DCI-P3 colour space and offer Low Blue Light certification to reduce eye strain. The Vision Glass features built-in speakers too, along with a USB Type-C port for connecting the device to a smartphone or a PC.

While Huawei began accepting pre-orders on November 14 through Vmall, the Vision Glass will go on sale until early December. Unfortunately, the company has not confirmed whether it intends to sell the smart glasses outside its home market. Presumably, Huawei will confirm all details about the Vision Glass when the device becomes generally available next month.