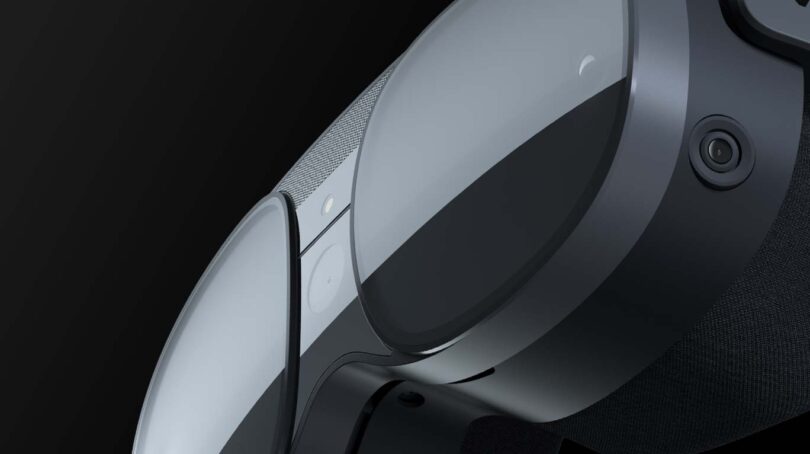 The device will launch on January 5th The company doesn’t plan to release many details ahead of the headset’s reveal, but in a recent interview with The Verge, HTC’s global head of product, Shen Ye, stated the device is a small, light, all-in-one headset that offers both virtual and augmented reality.

“It’s about taking all of these advances that we made in not only the design aspects, but also the technology aspects, and building it into something that’s meaningful and that’s appealing for consumers,” Ye told The Verge.

Based on images shared with The Verge, the device sports a goggle-like look with front and side-facing cameras. The headset is capable of entertainment, exercise, gaming and “more powerful use cases” like productivity and enterprise tools, Ye told The Verge. You can also expect two hours of battery life and controllers that support six degrees of freedom and hand tracking.

One of the headset’s key features is its outward-facing cameras that can pass video to users’ screens, allowing for mixed reality. HTC doesn’t seem to have a plan for what this feature could be used for, however. When The Verge asked about possible use cases, Ye highlighted HTC’s relationships with developers and said, “we’re at this phase where the tech is solid and we’ll start seeing some really cool experiences.”

HTC’s headset will also feature a depth sensor and could offer better dynamic range than other colour-passthrough-capable mixed reality devices. According to HTC, even with the headset on, you’ll still be able to read text on a laptop or phone screen, which is difficult on the Meta Quest Pro.

Ye told The Verge the headset would be one of the lightest on the market before emphasizing that HTC spent a lot of time ensuring the device was ergonomic.

HTC plans to reveal this headset on January 5th, but an actual release date (and, even more importantly, a Canadian release date) is still unknown.