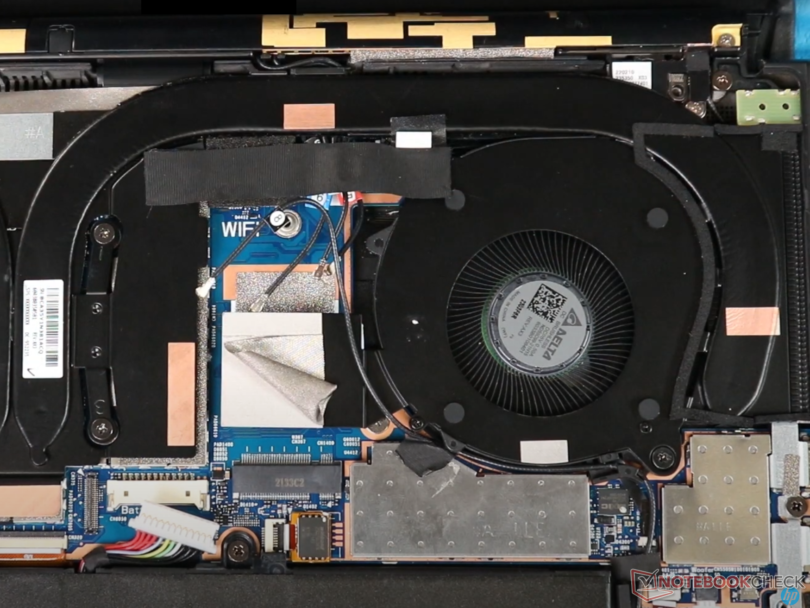 At just under 34 dB(A) at its loudest, the HP convertible is significantly quieter than most other Core U-powered subnotebooks by wide margins. You’d have to consider the MacBook Air M2 if you want something even quieter.

HP is now shipping its third generation Dragonfly Folio to succeed last year’s Snapdragon-powered Elitebook Folio. We praised its performance and versatility especially when compared to its ARM-tethered predecessor, but its low fan noise in particular was just as surprising.

We’re able to measure a maximum fan noise of just 33.4 dB(A) from the Dragonfly Folio G3 when the CPU is at 100 percent utilization compared to well over 40 dB(A) from competing Core U-powered subnotebooks like the Razer Book 13 or Dell Latitude 7330 when all are on the Performance power profile. Since the dB scale is logarithmic, the difference between 34 dB(A) and 40+ dB(A) is immediately noticeable in most office or workplace environments.

Thankfully, the CPU in the HP is not throttled significantly to compensate for the quiet fans. The Core i7-1265U in our unit would perform very closely to the aforementioned Dell Latitude 7330 despite their fan noise differences. Clock rates still fall over time, but certainly not by as much as initially anticipated.

Check out our full review on the Dragonfly Folio G3 to learn more about the model.

After graduating with a B.S. in environmental hydrodynamics from the University of California, I studied reactor physics to become licensed by the U.S. NRC to operate nuclear reactors. There’s a striking level of appreciation you gain for everyday consumer electronics after working with modern nuclear reactivity systems astonishingly powered by computers from the 80s. When I’m not managing day-to-day activities and US review articles on Notebookcheck, you can catch me following the eSports scene and the latest gaming news.