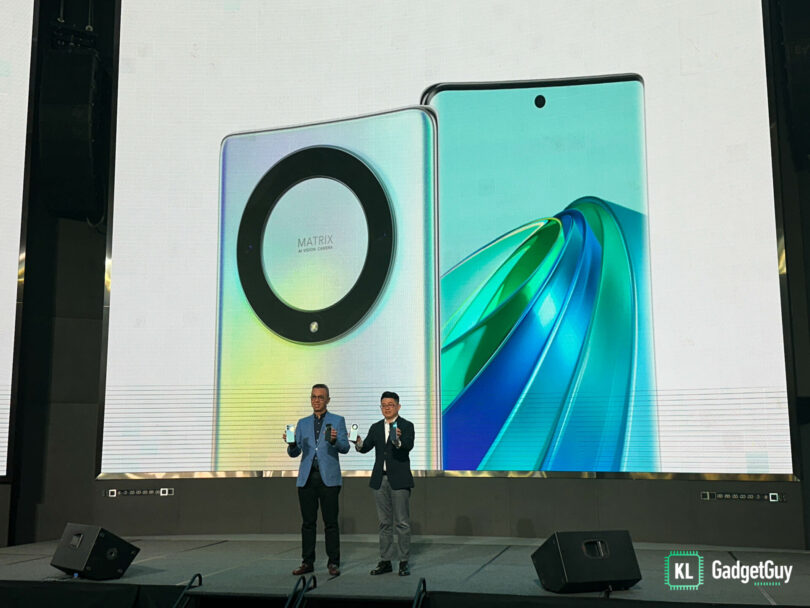 After a month of teasers and series of torture tests performed by us on our YouTube channel, the HONOR X9a 5G has been officially introduced to the Malaysian market at a very attractive price tag of RM1,499.

Sporting an ultra-tough curved 6.67-inch 1 Bilion Color OLED display that refreshes at 120Hz, the HONOR X9a 5G is powered by a Snapdragon 695 processor paired with 8GB RAM and 256GB of internal storage which can be further expanded over a MicroSD card, it features a triple camera system that comprises a 64MP main, 8MP ultrawide and 2MP macro lens, large 5100mAh battery capacity that supports 40W Honor SuperCharge.

Despite its large battery size, the Honor X9a 5G maintains a slim and lightweight form factor at 7.9mm and 175g, this is all due to the use of a high-density PCB and battery design, which allows it to house a larger battery than the competition and due to the power efficient processor it employs, the phone has no problems lasting up to two days of regular use.

The Honor X9a 5G ships with Android 12 with Magic UI 6.1 and full Google Mobile Services out of the box, customers can purchase the phone starting 6th January onwards on HiHonor.com and official Honor retail partners, Honor Malaysia is also giving away an HONOR Choice Earbuds X3 and 180 Days Screen Crack Protection worth RM418 with the purchase.

In conjunction with the launch, HONOR has also introduced the HONOR X7a and HONOR CHOICE Earbuds X3, which the former is a value for money mid-range phone that’s powered by a Mediatek Helio G37 octa-core processor paired with 6GB RAM and 128GB storage, it features a large 6.74-inch HD+ display that refreshes at 90Hz, a quad camera system featuring a 50MP main, 5MP ultrawide, 2MP depth and 2MP macro camera, and a whooping 6000mAh battery with 22.5W fast charging.

As for the HONOR CHOICE Earbuds X3, it is an affordable pair of wireless in-ear earbuds that features a 40dB Active Noise Cancellation performance and up to 36 hours of listening time.

Watch us put the HONOR X9a 5G through a series of stress tests: