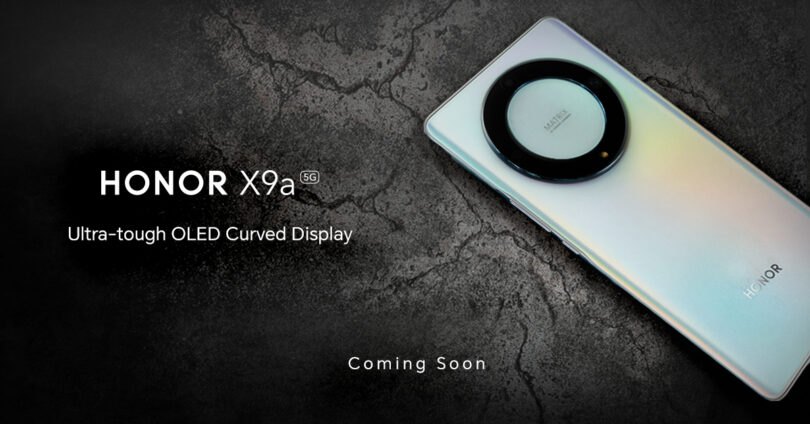 HONOR Malaysia has teased the arrival of the HONOR X9a 5G smartphone, which will succeed the tough and robust HONOR X9 5G that was released this year, the company has also claimed that the phone will be equipped with an ‘ultra-tough’ curved OLED display, which should pique some interest to those looking for an affordable mid-range with such a display.

Curved OLED displays have long been a reliability issue as it can easily crack from just an accidental bump, while most phones with such screens have poor palm rejection software.

The HONOR X9a 5G aims to resolve that with an AI anti-mistouch algorithm, while it adopts a 0.65mm Super Reinforced glass on display for better drop resistance, the company claims that it has excelled in 33 different drop tests including simulated marble and concrete floor drops, which sounds pretty impressive.

While that’s pretty much the information we have right now, speculations have pointed that this could be an international version of the HONOR X40 5G that was recently released in China, which is expected to feature a Snapdragon 695 chipset, a 6.67-inch 120Hz OLED display, a dual camera setup that comprises a 50MP main and 2MP portrait lens, a 5100mAh battery with support for 40W fast charging.

Meanwhile, do check out the video below to find out how we stress tested the HONOR X9 5G and X8 this year.