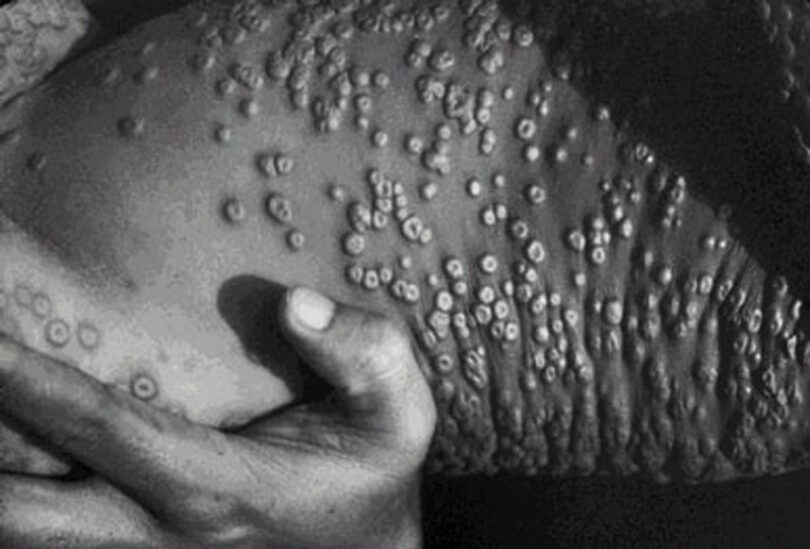 The Covid pandemic wasn’t the first time that America has found itself split along ideological seams over infectious disease, nor was the Spanish Flu in 1919. Even when America was still a collection of colonies, we held bitter disagreements on public health policy.

During the run-up to the Revolutionary War, the 13 colonies found themselves besieged by a widespread and deadly outbreak of smallpox, carried here aboard a recently arrived slave ship. With that disease also arrived our best defense against it — inoculation techniques practiced by the slaves themselves. However, getting the wider, whiter public on board with these lifesaving treatments — even with the vigorous backing by Benjamin Franklin, who lost a cherished son to the disease after refusing to inoculate the boy — was anything but easy.

But it damn well proved to be necessary. As historian Andrew Wehrman explains in The Contagion of Liberty: The Politics of Smallpox in the American Revolution, our downright violent resistance to, and demand for freedom from, the disease was also precisely what helped galvanize our mobilization of independence from England.

Excerpted from The Contagion of Liberty: The Politics of Smallpox in the American Revolution by Andrew M. Wehrman. Copyright 2022. Published with permission of Johns Hopkins University Press.

On December 15, 1774, Reverend Samuel Williams of Bradford, Massachusetts, was invited to Salem by Reverend Asa Dunbar to deliver a Thanksgiving sermon before the congregation of the First Church. Williams titled his sermon “A Discourse on the Love of Our Country,” and it was preached and then published in the tense months between the announcement of Britain’s Coercive Acts in the summer of 1774 and the first shots at Lexington and Concord in April 1775. Williams, from the pulpit, touted America’s achievements in civil government, religion, and the military, but surprisingly also highlighted America’s scientific prowess. As an infant state, Williams argued, America could not be expected “to have the numbers, wealth, or literary establishments of ancient states,” but even with these disadvantages, Williams boasted that Americans had already made “two capital discoveries.” The first of these was Benjamin Franklin’s discovery of electricity, and the second was the discovery of inoculation against smallpox. These two breakthroughs indicated that America had “strong tendencies towards a state of greater perfection and happiness than mankind has yet seen.”

Popular mobilization for the war of independence required Americans in thirteen distinct colonies, possessing “different forms of government, different laws, different interests, and some of them different religious persuasions and different manners,” to imagine a shared culture that needed defending. By midcentury ordinary colonists had developed a great fondness for royal political culture and fashionable imported British consumer goods like tea, which created a shared and increasingly British identity across the colonies. The Revolution, then, was not inevitable but instead was the result of a sudden break in the 1770s over British grievances rather than a slow tear over decades of developing American values. By looking at how colonists viewed inoculation, however, we can see that Americans developed a particular sense of national pride while still maintaining their overall Britishness, and how suddenly such feelings could burst into jealous fury when unacknowledged. The discovery and implementation of smallpox inoculation from a folk practice to the medical triumph of the eighteenth century was certainly a global and transatlantic process, but Americans in the 1760s and 1770s cobbled together a shared history about the discovery of mankind’s greatest medical procedure, turning it into an all-American cure. Although they did not always agree on the details, they had no doubt that they did it without the help of anyone in Great Britain. As Williams did in his sermon, Americans used their claim to have invented inoculation to celebrate American achievement and ultimately to rationalize a revolution.

Throughout his sermon in Salem, Williams toyed with his audience about which country he was professing to love, Britain or America. He was speaking the day before the anniversary of the Destruction of the Tea in Boston Harbor. In retaliation for that destruction, Parliament had closed Boston Harbor with the Boston Port Act and altered how Massachusetts communities could conduct their own affairs and town meetings in the Massachusetts Government Act. The people of Massachusetts, angry over what they saw as tyrannical overreach, ended royal authority in much of the countryside, as communities were forming revolutionary committees of safety, closing county courts, demanding allegiance, arming themselves, and training their “minutemen.” Still, many hoped for a speedy reconciliation and a de-escalation of violence. Few were calling for outright independence.

Williams understood that his words mattered in this moment, as the people of Salem, which had been regarded — often derisively — as a center of loyalism in Massachusetts, considered how they would react to the inevitable crisis in the months to come. The minister established that people should love all mankind as they love God, but that there was a particular love that people should have for their own country. Not until the middle of the sermon did he begin to reveal that he had rhetorically separated the mother country from the united colonies and was encouraging the congregation to love the latter.

Williams understood his audience and the local context as well. Over the course of the last year, Essex Hospital and the Salem jail had been destroyed by mobs angry over inoculations. While not as violent as the controversy in Marblehead, in Salem, a civic debate about how best to protect their community from the smallpox epidemic had exploded into an issue of national pride over the claims of a flamboyant British doctor named James Latham, which split the town into Whigs and Tories on the eve of the Revolution. Williams, who would go on to become “Hollis Professor of Mathematicks and Natural Philosophy” at Harvard University five years after this sermon, used science to make his case. He compared the love of one’s country to a gravitational pull, which “will ever draw to a common centre.”

While the mother country had much to admire, Americans had created their own critical mass through population growth, drawing themselves together with asylum seekers from other lands: “From the weak beginnings of private adventurers, so amazingly rapid has been our growth and progress, that in a century and an half, we are become more than three millions of inhabitants.” And, Williams maintained, the process was accelerating. The discoveries of electricity and inoculation were bound to be only the beginning of America’s “improvements in commerce, philosophy, and the medicinal art.” Based on these achievements and this potential, Williams made it clear at the end of his speech that “the cause of America seems indeed to be much the better cause. It is not the cause of a mob, of a party, or a faction that America means to plead . . . Nor is it the cause of independency which we have in view. It is the cause of Self-Defense, of Public Faith, and of the Liberties of Mankind that America is engaged.”